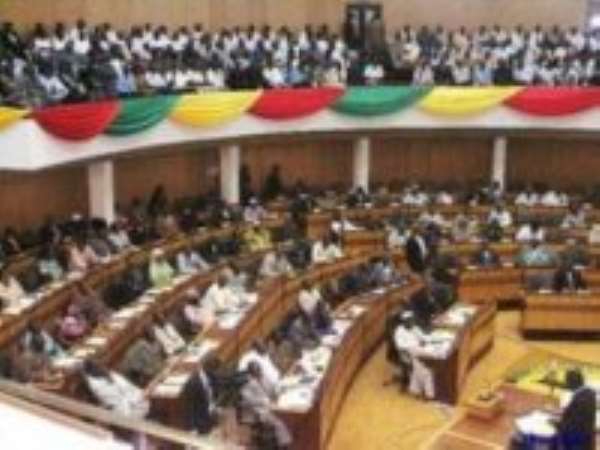 Many Research Assistants have not been paid salaries very close to one-year (eleven (11) months) now with others having a whooping five (5) months of salary arrears and this situation is rather worrying and appalling considering the fact that these Research Assistants are really working hard to assist their respective Honourable Members deliver on their mandate as Members of Parliament so as to improve parliamentary democracy.

News making rounds suggests that some National Service personnel and persons who have not completed their National Service have been employed by Parliament and subsequently placed on the payroll system. This information was alluded by Mrs. Kate Addo on Joy FM confirming same. This is clearly not the fault of Research Assistants who have truthfully and validly gained employment. Research Assistants wish to re-iterate that they have become inundated with one technical issue after the other on why they have not been paid for the past eleven (11) months. Parliament should not claim neutrality in these matters. “If you are neutral in situations of injustice, you have chosen the side of the oppressor. If an elephant has its foot on the tail of a mouse, and you say that you are neutral, the mouse will not appreciate your neutrality” as championed by Desmond Tutu.

It is in the light of the above that Research Assistants intend holding this demonstration to vent out their vexation and frustration.