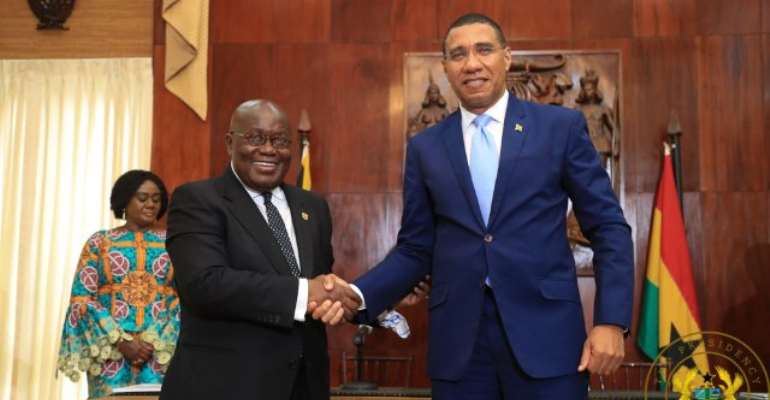 With the two leaders pledging to reactivate the Ghana-Jamaica Permanent Joint Commission for Co-operation, which has been dormant for some time, President Akufo-Addo explained that, when properly structured, the Commission will serve as a legal framework for businesses between the two countries. 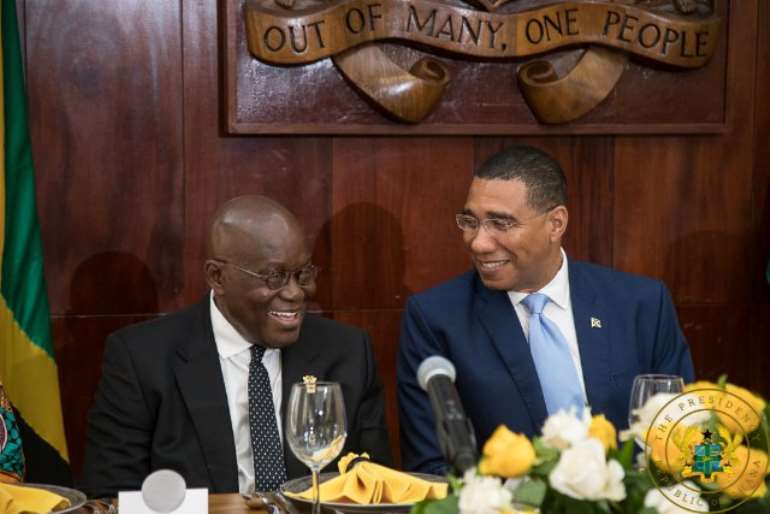 “Now, it has come to the time to give teeth to those relations by making sure the various areas of engagement in education, tourism and cultural activity are specifically tied down.

“That is really my purpose of coming here, apart from a mission to sensitize you in Jamaica about an event that we are commemorating this year,” he added. 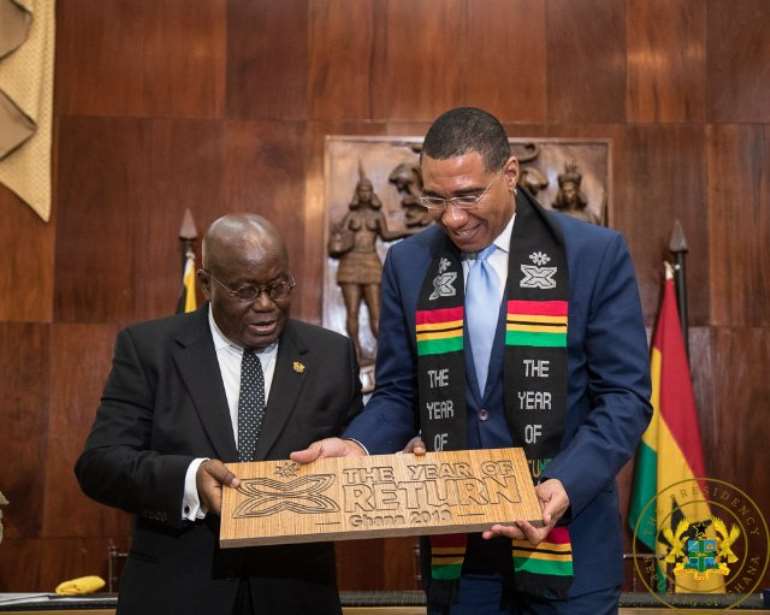 Describing Trans-Atlantic Slave Trade as a “horrendous episode of human history”, President Akufo-Addo explained that Ghana is keen on commemorating this event, largely because a large number of slaves came through slave forts located in Ghana. 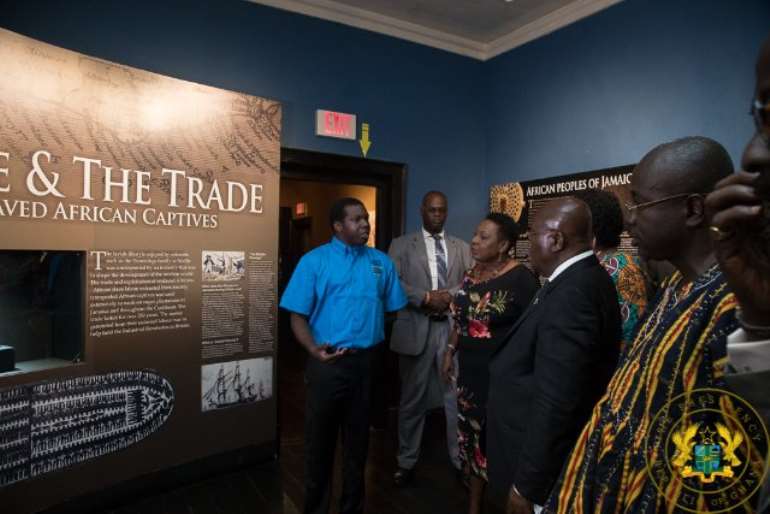 “We want to commemorate it, to be able to say together that never again will Africa and her people permit themselves to be subjugated to these types of dehumanizing and inhumane events. Never again!” he added

The President continued, “At the same time, we want to use the symbolism of this year to take concrete steps to solidify the relations of our kith and kin in the Americas and the Caribbean. 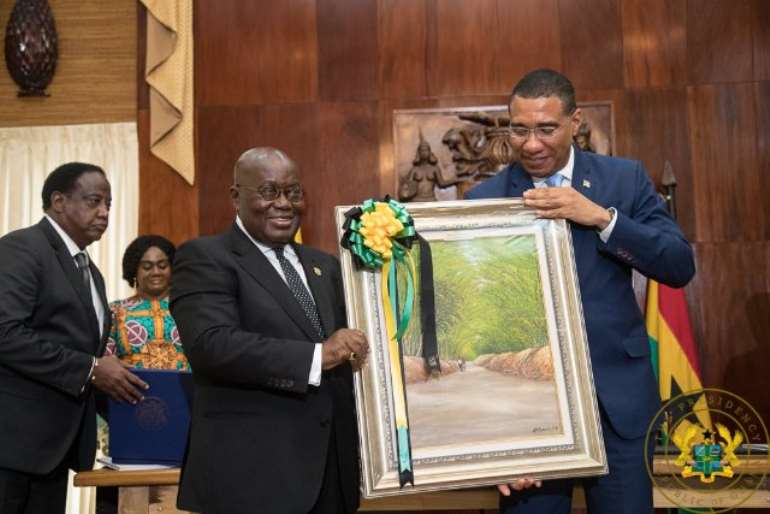 “The relationship that we are forming here in Jamaica will form part of the process of solidifying the relations between those of us on the continent of Africa and those of you in the diaspora, outside Africa.”

His visit to the Caribbean, the President said, has been to “strengthen the relations across the water,and build the bridge that we have to build over the Atlantic so that we could find a way of strengthening each other in growing and empowering our economies, to play a more and more critical role in the new global architecture that is being drawn up now. We are going to have relations that are intimate.” 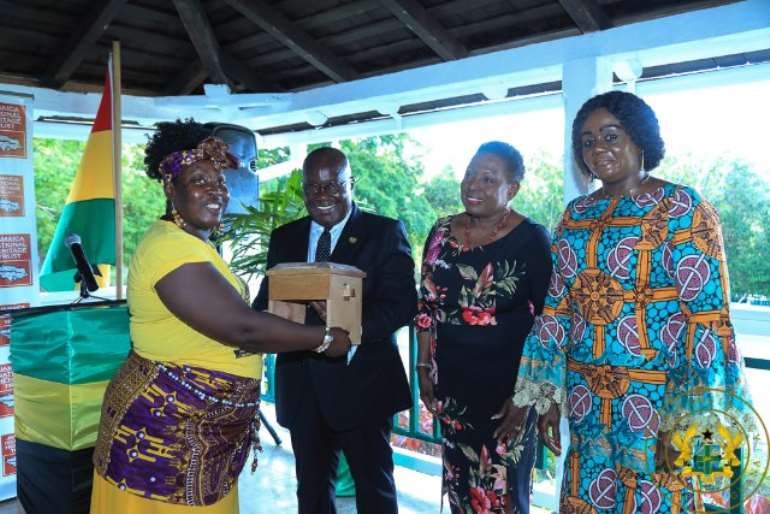