Giant fresco in Paris to show solidarity with migrants and refugees 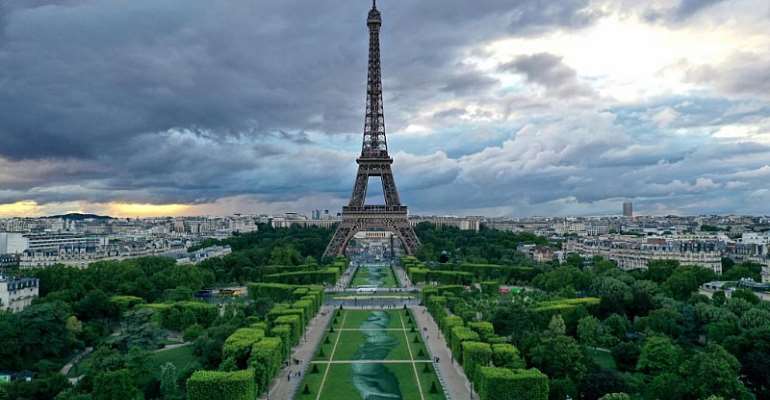 A giant fresco showing joined hands has been unveiled at the foot of the Eiffel Tower in Paris in support of SOS Méditerrranée, a charity which rescues migrants. Over 50 non-profit organisations gathered to show their support for people forced to flee their homes.

The 15,000 square metre image of hands clasped together, designed by the French artist Saype, spans the length of the Champs de Mars concourse. It's unveiling comes just ahead of World Refugee Day on 20 June.

Using a database of photographs of hands of people ranging from celebrities, to politicians and ordinary citizens, the artwork "Beyond Walls" represents hands reaching in a gesture of help.

SOS Méditerranée which runs the Aquarius rescue ship, has since March 2016, rescued nearly 30,000 people in trouble, but its activities have been suspended for administrative and judicial reasons.

After France, the artwork will travel to some 20 cities around the world including Geneva, Berlin, New York and Nairobi.

Dancing, debates, children's activities Meanwhile, for the second edition of the event on Saturday, organised by the Paris town hall, there were numerous stands, round table debates and activities for young people.

"We organised this outdoor event to show that we can have fun and still show solidarity with the integration process," says Hugo Repeto from the charity France Terre d'asile, gesturing towards a group of visiting capoeira dancers.

"The idea is to show we can work together in favour of inclusion, integration."

Another group is made up of young people in exile, trained in the martial art of kuan kido by the Kaolia organisation.

On the 20 June, the Paris town hall will inaugurate the "House for Refugees" in the 14ème district. A place where newcomers can get useful information to help them fit in to French life.

The new day centre will "symbolise Paris' desire to distinguish itself as a place of refuge" and a "reference point" where migrants will receive "quality information", according to Dominique Versini, deputy secretary for Solidarity for the Paris town hall, speaking at a public meeting in April.

In the 800 square metre venue, there will be health counselling, a café, IT workshops, a library and conversation sessions.