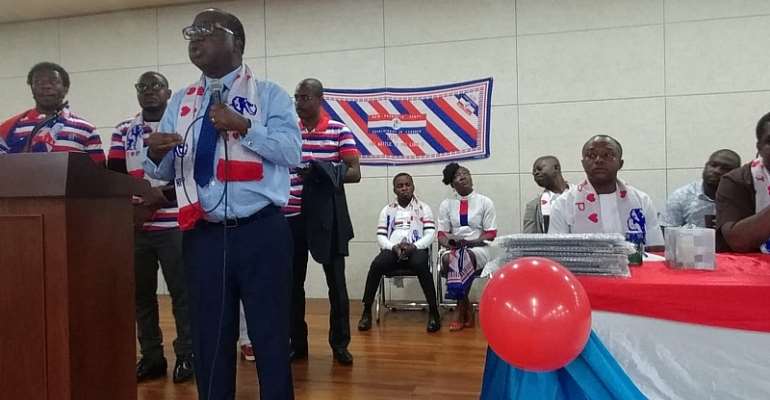 The new branch is the party's 22nd foreign branch to be instituted in line with the party's efforts of strengthening the external branches towards a resounding victory in the 2020 general elections and beyond.

General Secretary Mr John Boadu remarked the ruling NPP government is deeply committed to working closely with the rest of its external branches across the world to drum home the NPP government's developmental policies which are transforming the country positively.

"The NPP government is keen to positively engaging Ghanaians abroad in decision making through the diaspora branches", he added.

Meanwhile the party's Director of International Affairs Affairs Mr Emmanuel Attafuah-Danso vetted the new branch in line with the party's standards before paving way for the inauguration.

The theme for the occasion was, "Establishing and Empowering the External Branches Towards Election 2020 and Beyond".