Is M.anifest Serious Or He Is a Lookout for These Nigerian Rapists and Thugs? 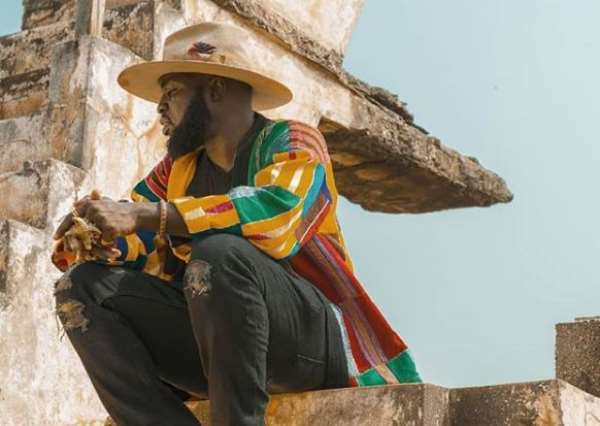 He very likely was not born when yours truly left the bloody shores of then so-called Revolutionary Ghana, so the Rapper M.anifest can be pardoned for not being aware of the fact that this disproportionate commission of the most serious and even deadly crimes by a critical mass of Nigerian nationals resident in Ghana did not begin today (See “ ‘Stop Selecting and Tagging Nigerians as Kidnappers’ – M.anifest” Modernghana.com 6/15/19). For example, in 1970 or thereabouts, a member of a Nigerian gang of thugs robbed my late mother of her purse and the then-in-vogue Afro-Wig in the area, then quite bushy, between the old Drama Studio, constructed by the late Mrs. Efua Morgue Sutherland, and the old Ambassador Hotel at about 9 pm one weekend. The old lady had been invited to an end-of-year party with my father.

When the old man, then in his early 40s, began to give my mother’s assailant, who had taken to his heels, a hot chase, a kindly hearted eyewitness who had seen it all happen, promptly admonished the old man to stop because there were platoons of these Nigerian thugs in the bushes who could endanger his life. Those were the days when Ghana was the equivalent of the United States for citizens of neighboring West-African countries with a wanderlust but who could not afford the expensive trip across the sea. Anyway, years later, after I had joined my parents here in the United States, in New York City, to be precise, my father, who had been a diehard Convention People’s Party (CPP) operative and had also once been a member of the much-dreaded motorbike-riding Action Troopers, would claim that the one great thing that he had liked about Prime Minister Kofi Abrefa Busia’s Progress Party (PP) was the massive deportation of Nigerian-descended residents in Ghana.

When I asked the old man, an ardent believer in President Kwame Nkrumah’s Pan-Africanist ideals, he riposted that having gangs of reprobate Nigerian thugs, rapists and armed robbers swamp his beloved Ghana was precisely where his own fervid promotion of Pan-Africanism ground to a screeching halt. He may not have even done a cursory research on this most sticky subject, otherwise Rapper M.anifest would also have discovered, very likely much to his horror, that Nigeria may be only one of the handful of countries whose leaders appear to be too embarrassed to publish crime statistics on its government’s website. Perhaps for fear of driving away tourists. M.anifest would have also since long ago learned that nearly everywhere around the globe with a critical mass of Nigerian residents, the natives or indigenes invariably bitterly complain about the presence of too many Nigerians and a correlatively exponential increase in the crime rate.

Then, also, this young rap artist cannot pretend to be the only crassly ignorant popular young man living in Ghana today, or could he? I, personally, have a young-adult child by a Nigerian woman and maintain quite a sizeable number of Nigerian-born friends and relatives, so I am not writing out of the sort of scandalous naivety and plain ignorance that Rapper M.anifest clearly appears to be speaking from. Indeed, if he really cared to conduct the relevant level of research vis-à-vis the extent of the participation of Nigerian-born residents in the perpetration of crimes in the country, Rapper M.anifest would soon and quickly have realized that the percentage of Nigerian-born residents in Ghana who participate in these wanton acts of criminality far surpasses the level and percentage of Ghanaian-born residents of Nigeria who are engaged in the same. Part of the difference may, of course, be due to the fact that Nigeria’s law-enforcement agencies are generally known to be tougher on criminals that their Ghanaian counterparts.

Indeed, not even during Nigeria’s oil boom in the late 1970s and throughout much of the 1980s, when massive waves of Ghanaian migrants in search of the proverbial greener pastures swamped Nigeria. Actually, by the early 1980s, most Ghanaians resident in Nigeria had been summarily deported, in retaliation for Prime Minister Busia’s 1970 massive deportation of Nigerians resident in Ghana. Mostly, these Ghanaian migrants to Nigeria were highly educated and they held plum or well-paying jobs in the education sector of the Nigerian economy as professors, lawyers, high schoolteachers and principals, doctors and engineers and, of course, those not so professionally well-equipped ended up working at all manner of odd jobs and in the almighty sex-trade. Well, the difference here is that nearly to a man or woman, everyone of these Ghanaian migrants in Nigeria worked exceptionally hard to earn their keep. I am also quite certain that a remarkable number of exceptionally hardworking Nigerian nationals in Ghana earn their keep legitimately. But what is more relevant here are percentages, that is, proportionally speaking, the estimated number of resident Ghanaians and Nigerians in each other’s country and their relative participation in the crime industry.

Interestingly, very next to the news article in which Rapper M.anifest was reported to be bitterly complaining about the apparent targeting of Nigerians resident in Ghana and the former’s generally unhealthy stereotyping by the latter, was another news article captioned “5 Nigerians Nabbed for Armed Robbery, Rape” (Modernghana.com 6/15/19). The contents of the afore-referenced news story told of a gang of Mobile Money Vendors-robbing Nigerians operating in the Community 25 vicinity of Tema, in pretty much the same area where my wife and I are in the process of completing our first house, who mistakenly targeted the wrong home and ended up robbing the couple who owned that home. The saddest and most annoying part of this story is that personnel from the Prampram Divisional Police Command were able to arrest the members of this gang only because one of the members of the group had unwisely taken off his mask in a bid to whipping out his cellphone to take a picture or pictures of the female victim getting savagely raped in another room, with her husband tied up somewhere else in their own home.

And Rapper M.anifest would have Ghanaians shut up, and behave almost as if this were the Golden Age of Pan-Africanism. Come on, young man, get a grip!