What Happens If Africa’s Resources Are Depleted Amidst Population Explosion? 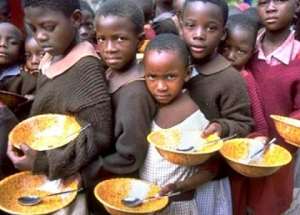 The rate at which Africa's population growth is increasing abnormally at a very fast rate and the world’s dependence on the continent’s rich resources, may not be issues of concern to African leaders but the fact is Africa is heading towards a terrible unforeseen doom.

In 1990, sub-Saharan Africa represents 16% of births in the world and given that African birth rates are much higher than elsewhere, the proportion has risen to 27% now and is expected to reach 37% of the world total by 2050.

According to the United Nations, more children will be born in sub-Saharan Africa than in all of Asia, including India and China and the real problem is that too many children weaken economic development and make it more difficult to free Africans from poverty.

Even though African leaders have never been serious about population reduction through healthy family planning policies, there is a good reason they have to start worrying.

It is now obvious and clear that the inability of African leaders to control the population explosion on the continent has turned out to become the problem of advanced countries, as they experience mass migration of Africans, which is affecting their economy too.

In stark contrast to most of the world, particularly in Asia, the number of extremely poor Africans are increasing, partly because the highest birth rates are recorded in the poorest areas of the continent.

The World Bank reported that the number of people living in extreme poverty has increased in sub-Saharan Africa between 2013 and 2015, from 405 to 413 million.

Many African countries are already struggling to build enough schools and medical clinics for their existing children, not to mention the number of children born in a day on the continent of Africa.

There are more questions than answers, yet everyone wants to know why African leaders have relaxed on overpopulation explosion on the continent? Are they secretly giving infertility medication to mothers at the hospitals?

Past Poverty And hunger In Africa, Still Happening

The need for these questions is necessary. Everyone knows that once India and China follow the coercive path for smaller families, with sterilization campaigns and applying a policy of one child, therefore, why the population explosion issue has been totally ignored by African leaders?

It is time for African governments to have sound policies to promote the use of contraceptives to save the continent from severe poverty. A few African countries, such as in Ethiopia, Malawi, and Rwanda, have already started doing something to avoid population explosion in their countries.

Politics everywhere in the world is for the wellbeing of the masses, not for the few politicians.