The Fatherhood We Have Bastardized With Radical Feminism 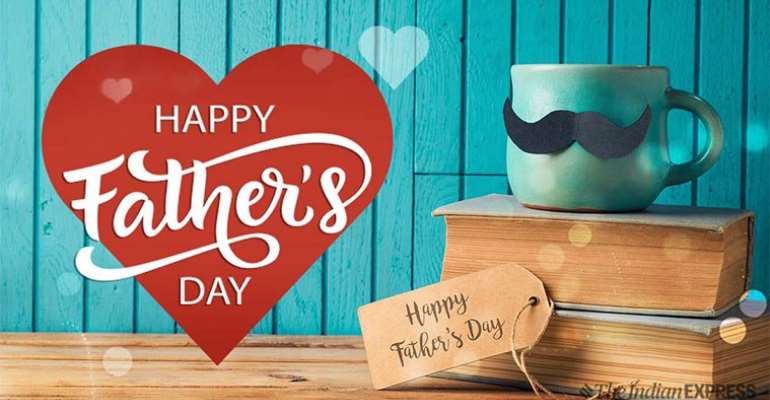 Until the last two or so decades, it was easy to define who a man or a father is, much as it was easy to delineate the primary and secondary roles of a man. For the purposes of this piece, I use father and man interchangeably. I do this in order to weave every man (those with children and those without) into the loop. This understanding stems from the cultural practice of some African cultures. I will use the Akan, the ethnic group I am quite familiar with their cultural ethos. I hope the non-Akan people will bear with me.

Nevertheless, because of the matrilineal posture of the Akan social structure, which sometimes feeds into the practice of father’s shirking their responsibilities, most Akan people were not as interested in the genitor (biological father) as they were about the pater (social father). Consequently, among the Akan, the basic question that was asked in relation to a child was, ‘Who is taking care of the child’ as opposed to ‘who gave birth to the child?’ The former was relevant for the remarriage of a woman with children, while the latter was necessary in the case of dispute over paternity. In the case of dispute over paternity, the question was asked, ‘is the child the product of your penis?’

Also, to compel men to be responsible, during marriage an Akan man had to swear what was referred to as the ‘Foolish vow’. The ‘Foolish vow’, which involved a man accepting to renounce every good thing that may accrue in the marriage to his wife and his wife’s family, and accept every bad thing as belonging to him and his family. This vow was not radically different from the marriage covenantal vow of Christianity. But Akan men did not complain and become disgruntled over this social practice. This was because the man did not feel his authority threatened or challenged by any other person. The social and economic structures, which were embodied in primordial reciprocity and subsistence agro-economy, mediated the tension that may arise out of the Akan marriage system. The equivalent of this social prop in Akan marriage is the centrality of Jesus Christ as the ultimate witness of Christian covenantal marriage.

Growing up, my mother invested the Akan notion of manliness in my brothers and me. There was a clear division of labor built around sex in the home. Often times, my sisters would do the cooking and we the boys would fetch water. But the preparation of some foods, like fufu, involved a mixture of feminine agility and masculine energy. Fufu is energy exerting food. So, my sisters would be involved in turning the fufu in the mortar, while we the boys would be involved in pounding. There were taboos that characterized the relationship between men and women in the preparation of foods. For example, when a woman is sweeping the kitchen, she is not supposed to hit a man with the fronds of the broom. In the same way, a woman was not expected to hit a man with the special ladle used in preparing banku. In the event of the occurrence of any of these, it was believed that the man would become impotent. Again, while a man may help a woman to cook, a man must leave the kitchen when food was to be served.

Aside from the cooking culture, it was a taboo for any of us boys to hit our sisters. I remember the many times I had to apologize to my elder sister, whom I followed immediately because I had a bad habit of insulting and hitting her. Given the training I was given at home, I grew up with a clear understanding of two things: my responsibilities as a man and my respect for women. Much later in life (after my undergraduate studies) when I dated my first Christian lady, though I barely had enough, I had no difficulty providing for her, even though she was from a wealthy home. While she was virtually given everything she needed by her parents, I still saw it as my responsibility to take care of the bills anytime we visited the restaurant, supermarket or boarded a trotro. I never considered doing these as a challenge. I rather saw it as an endorsement of my manliness.

As boys, we were also trained to suppress weakness and fear in public. This resonates with other cultures in Africa where circumcision for men was/is practiced. While at the Makerere University for postgraduate education, one of my mates from one of the ethnic groups in South Africa had just been circumcised. The circumcision was deferred during childhood to adulthood to test his sense of endurance and resilience. Those who are circumcised when they are babies do not experience the overwhelming pain that comes with circumcision, because their senses are not fully developed. But during adulthood, one feels the real pain that follows circumcision. I rarely do demonstrate weakness and fear in the face the females I relate with. I also take the risk to provide and protect my female friends. Depending on the context, I also do well to provide leadership.

The above sense of responsibility which I learned from my parents feeds into John Piper’s conceptualization of the heart of mature masculinity as ‘a sense of benevolent responsibility to lead, provide for and protect women in ways appropriate to a man’s differing relationship.’ As a man, I feel it is my responsibility to provide leadership in the home. I am the head of the family, as I submit to the ultimate headship of Jesus Christ. In the world of work, when I work under a woman, I respect her as my leader and work together with her to provide corporate leadership. I nuance my leadership in my home and the world of work. This captures the ‘differing relationship’ element of Piper’s definition.

I also have the responsibility to provide for my family. I joyfully provide for the material and spiritual needs of my family. This is not to suggest that the woman cannot assist in maintaining support for the family or society in general. But she is not to carry the burden of a breadwinning role. When there is no bread in the home, it is my duty to feel the pressure to do something to get it there. I must consider it my primary responsibility to provide for the home.

Furthermore, I must have the cultural and instinctive drive to protect my home in the event of risk and threats. I must be the first to take the risk to protect my home. As a man, I must not cringe or run away from danger at the expense of my family. I extend the same instinct to protecting my female friends and females in general whose lives are threatened in the public. The need to protect my family explains the hardships boys are subjected to during the rites of passage.

The above responsibilities of a man have been assailed by radical feminism. The chances of a man getting a job are lower compared to his female counterparts. The chances of a man to receive tertiary education are lower compared to his female counterparts. As part of the idioms of postmodernism, there is no more absolute truth or knowledge in relation to men and women. Everything is subjective and a matter of choice. The idea of who a man or a woman is has become a matter of choice and preference of individuals.

In other words, contrary to the Bible’s clear teaching, a man is not genetically a man, and a woman is not genetically a woman. Individual preferences rather than God's now define sex and gender. The fact of being a man or woman is more of a matter of feeling than genetic. It is this reconstruction of the creative order that has created the confusion in transgender and trans-sexual hubris.

Consequently, there is competition instead of complementarity in the home. Men feel their primary role as performers of instrumental roles challenged, while women feel men should also participate in the performance of expressive responsibilities. There is an ongoing debate among some feminists that men should pay their wives when the latter cook for them (ideal Islam appears to support this position).

The home is left without the control of a man. Our society is on the false precipice of social collapse. Certainly, Friedrich Wilhelm Nietzsche, a German philosopher, was right when he posited that for God to be dead, man must be God to rule the world. Sadly, since we cannot be God or even supplant Him, we can restore the family to its primordial structure by making recourse to what God, who created the family says about it.

Happy Father’s Day to Rev. Dr. Rockeybell Adatura, an outstanding Christian apologist who God used to restore me to Christian faith during the wilderness period in my life. I salute Rev. Dr. John B. Ghartey, the immediate past General Secretary of the Assemblies of God Church, Ghana, who taught me Old Testament History, Systematic Theology, and Hermeneutics when I joined Dominion Theological Seminary before going to the university.

Dr. Ghartey organized Choice Bible Quiz on the now-defunct Choice FM, which crystallized my familiarity with the narratives of the Bible. In 2003, I participated in the quiz ten times and won ten times. I also extend warm wishes to Bishop Ben Sallah, who taught me Homiletics while I was briefly at Dominion.

He has been a father to me to date. I pay tribute to Dr. Robert Morey, an excellent defender of the Christian faith. He shaped my theology. He went to be with the Lord at the beginning of this year. I recognize Mr. Sampson Afrifa (Chairman – as I call him, who has accepted me as a son after I married his daughter. In his case, it is like ‘marry my daughter, get me as a father’).

I also acknowledge the role of Elder David Vondee, Pastor Maxwell Adom, Pastor Josiah, Lawyer Godwin Ansah, Elder Andoh, and Pastor Dickson Poakwa, who provided counseling and supported me with prayers before I tied the nuptial knot with Josephine Tweneboaa Afrifa. I also wish my supervisor, Prof. Jeremy Morris, who has been patient in teaching me how to develop my thought a happy Father’s Day.

Similarly, I want to all my elders and deacons at Maamobi English Assembly of the Church of Pentecost. Elder Cromwell Dzakpasu has been influential in my Christian walk. Finally, I pay tribute to my late father, Anthony Prempeh, who left for eternal bliss a decade ago. Dada, I appreciate all the sacrifices you made for me to get to where I am today. I have immortalized you, all the same!

To all fathers and potential fathers, I wish you God’s wisdom and guidance as you lead, provide for and protect the home.