Volta GPRTU Calls For The Head Of Their Regional Chairman

...As They Petition Minister 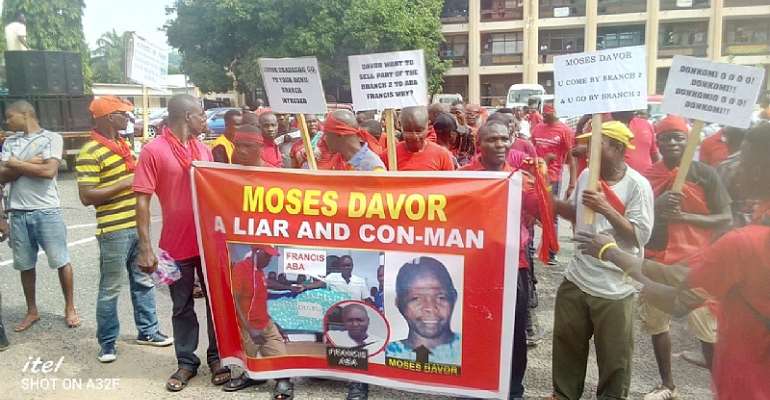 Some aggrieved drivers, porters and transport owners of the Ghana Private Road Transport Union of the TUC at the Ho main lorry station, took to the streets of Ho on Thursday, to demonstrate against the conduct of their regional Chairman, Mr. Moses Atsu Davor, accusing him of being autocratic and corrupt.

The aggrieved members numbering about 150 persons, clad in red, took to the streets wielding placards with the inscriptions 'Don't vote for Davor again, he's not an honest person', 'Davor wants to sell parts of branch two to Moses Aban?'.

Presenting a petition to the Deputy Volta regional minister, on behalf of the group, Mr. Lawrence Attitoe, the Convener of the group noted that Mr. Davor for the past 16 years has manipulated and rigged elections of the union, to entrench himself in the position as the Regional Chairman.

"For 16 years of his stewardship as the regional Chairman, he has succeeded in overseeing fraudulent and rigged elections to entrench himself, cronies and puppets in the office across the region".

He accused Mr. Davor of using the police to haunt and intimidate any member of the union, who disagrees with him on an issue.

"Once you disagree with him on principle, you become his target; he resorts to the use of the police as haunting dogs to intimidate you. A little provocation, you are picked up for interrogation and intimidation."

"Mr. Moses Davor has taken the Transport Management Committee for granted, dismissing elected officers with impunity under the cover of his shrine and the regional police command", he added.

The group also accused the regional Chairman of selling off some assets of the union and using some others as irredeemable collateral for a loan for his personal business.

According to Mr. Lawrence Attitoe, the regional Chairman's actions have led to the demise and ill health of some prominent executives of the union, a situation that is creating chaos and disorderliness in the transport industry within the region.

"...his actions have led to the demise and ill health of prominent executive members. His activities are almost creating chaos and disorderliness in the transport sector, making life uncomfortable for drivers, transport owners, and the traveling public".

The group, as a result, called on the regional minister, to look into their claims and take the necessary actions to resolve their grievances. 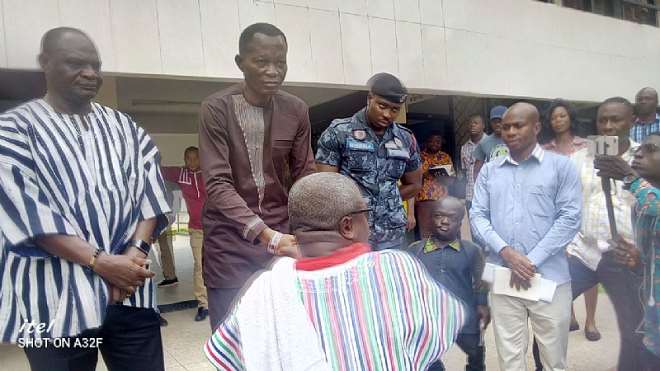