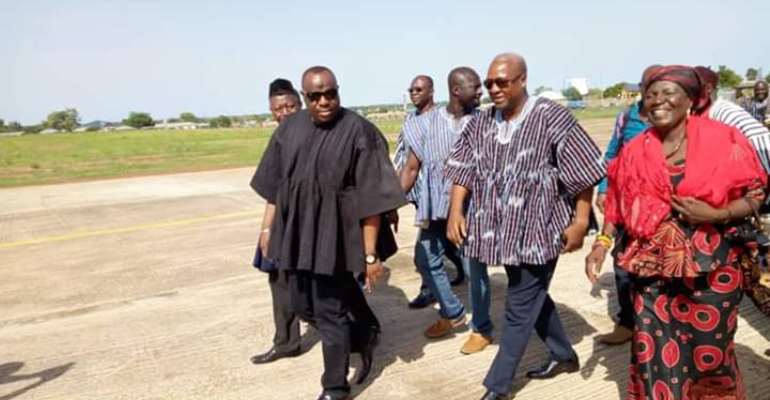 Former President John Dramani Mahama was in the Upper West region on Saturday to pay his last respect and participate in the burial of the Late Dafiama Bussie Issa, the Constituency Chairman of NDC, Mr. Richard Puolabong Bayiviella AKA Chairman Water.

It will be recalled that the Late Mr. Richard Poulabong Bayiviella was reported to have been shot dead by unidentified persons on 9th May 2019 at Sagu on the Wa -Tumu road in the Upper West region. This sad incident happened when he was returning from a funeral.

Late Mr. Richard popularly known as Chairman Water has since been laid to rest. 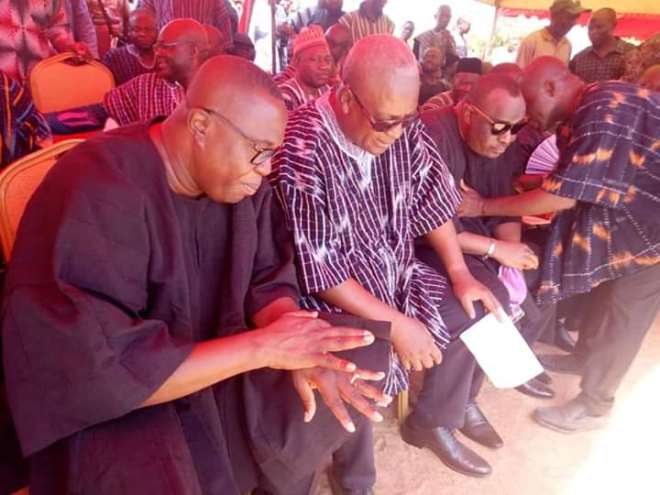 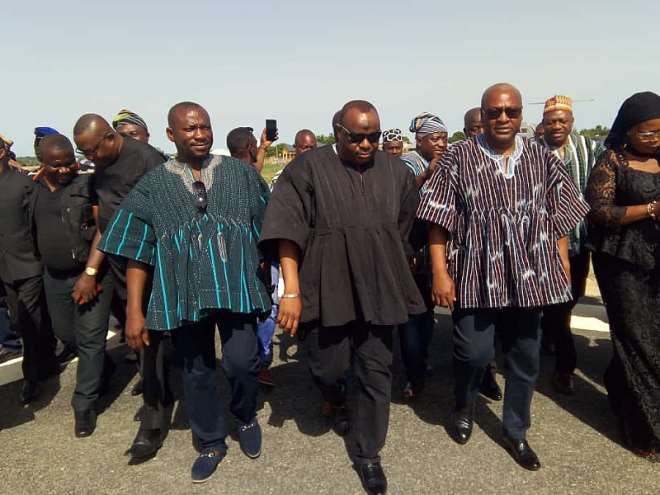