Growth In Non-Oil Sector To Remain At 6.2% – World Bank 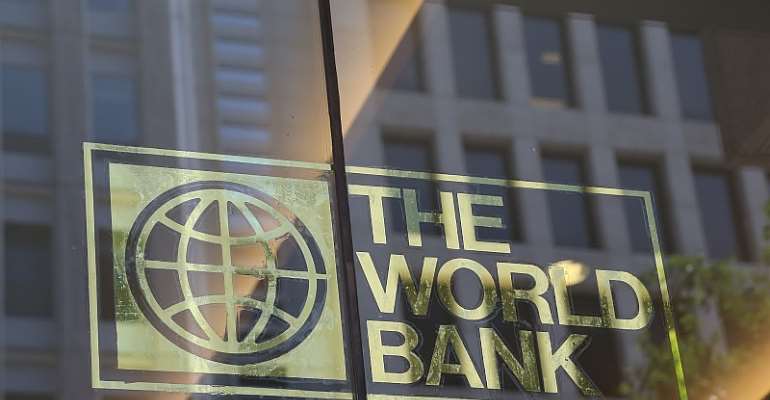 The World Bank has reported that growth in Ghana’s non-oil sector is expected to remain high at 6.2 percent, as policy interventions in agriculture and industry are expected to boost the productive sectors.

The interventions, it said, would be important in diversifying the economy and bringing about a more broadbased sustainable economic growth over the medium to long-term.

But to facilitate the transition toward a more diversified economy, it urged, “there was a need to invest Ghana's current natural resource wealth in non- natural resource sectors for sustainable growth in the medium-to-long-term.”

The Bank further urged that “the Government needs to improve on the economy's competitiveness for private sector-led investments in the non-oil sector for growth.”

Without that, it warned, “total factor productivity is projected to remain stagnant or decline marginally over the medium term.”

The World Bank made this known in its fourth Ghana Economic Update in its June 2019 report.

On the macroeconomic outlook and economic policy challenges, it said “economic growth is expected to be stronger in 2019; but over the medium term a more diversified economy is an imperative.”

“Growth is projected to increase to 7.6 percent in 2019, driven by both the oil and non-oil sectors,” it reiterated.

The World Bank reported that fiscal consolidation was expected to slow in 2019 but the overall stance would likely remain intact over the medium term.

However, it urged that “domestic revenue mobilization is an imperative.”

It added that the deficit, inclusive of expected clean-up costs, would reach 5.6 percent in 2019.

“An effective domestic resource mobilization strategy is an urgent imperative for the Government as the reduction of expenditures, including public investment, in response to revenue underperformances may not be sustainable.”

Any new tax measures should be reviewed against their social and economic objectives to allow prioritization of the tax regime, it urged.

Touching on the usual election year overspending, the World Bank made it clear that “the next election cycle in 2020 will be an important test of fiscal sustainability.”

It said “Ghana's fiscal and debt dynamics could be adversely affected by possible fiscal slippages due to: revenue underperformance and higher, election-related spending leading up to the 2020 elections; further negative developments in the already vulnerable financial sector, despite interventions made in 2018; and unfavorable external financing conditions.”

On the upside, it revealed, the adoption of the fiscal responsibility law and the establishment of the fiscal Council in December 2018, with the statutory ceiling on the fiscal deficit of 5 percent, provided an opportunity to overcome the legacy of election-cycle-driven fiscal slippages in 2020.

“With the next election falling within a boom phase, the economy does not need any additional fiscal stimulus,” it said.

According to the World Bank, addressing the vulnerabilities in the financial sector was urgent and would require additional efforts in 2019, and over the medium term.