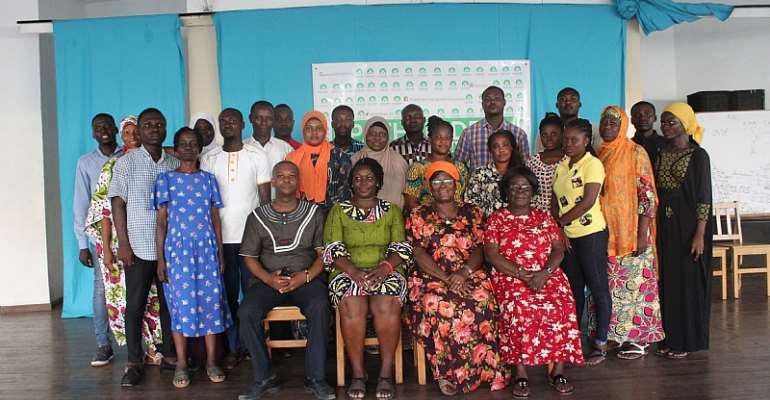 Pathfinders Inspirational Foundation, a Non- Governmental Organization has held a one- day seminar for basic school pupils including selected Teachers all in Nima and Maamobi in Accra to provide the modalities and guidelines for mentoring beneficiary pupils with the intended goal of inspiring them to pursue higher education to end social vices in their community.

The teachers, selected from schools in these areas, were included to enable them know how to provide the necessary guidance and mentorship.

The seminar was also the climax of efforts to bring all relevant hands on deck and equip them with the necessary skills and information to help achieve the ultimate goal of curbing truancy and social offences.

The organization, through monitoring of pupils, relies on teachers, parents and other pupils, who will observe, assess and report the attitude of pupils at home and school to agents of the organization to help pick necessary information in the process of shaping their future.

Though it intends to mentor 20 pupils a year, this years participants, eighteen Junior High School Pupils, were drawn from schools in the sister towns of Maamobi and Nima where the foundation operates and throws its spotlight to achieve its intended mission.

The foundation, set up in 2017 is setting its sight on alleviating truancy, illiteracy and ignorance in the above- mentioned areas where the incidence of social vices and negative attitudes seem to rear its ugly head on a constant basis.

In an address, the President of the Foundation, Mr. Clement Abdul Rashid said research conducted indicates that much of the incidence of crime and other petty offences were in most cases committed by drop-outs and the uneducated who lived in these communities.

He said as a native of the towns aforementioned, he has a ringside view of the happenings in these communities and can attest to having first-hand information on the social dynamics of the area.

Social vices, he said prevalent in slums include cyber fraud, poor sanitation, drug abuse, some degree of violence, streetism among others.

He said research outcomes has it that those who normally commit these social crimes and offences are to a large extent, school drop-outs and the uneducated, adding, however, that if the youth in these areas make education their priority, chances of committing these vices would be highly minimized or eradicated completely.

The foundation, he said, would use education as a tool to tackle most of the social vices and petty offences that emanate from slum communities in these areas.

Some of the modes the foundation uses to address the challenge include bringing in role models to talk to them, using reading to build their self-confidence, letting them identify social problems, their causes and propose solutions among others.

Mr. Rashid said through observation and interacting with teachers, which are measures the NGO uses, it came out that inasmuch as the pupils want to be in school, they also want to be like their peers making money fraudulently through cybercrime which is prevalent in the area.

To achieve its intended mission, role models who live in the Zongo community play instrumental roles by being given the opportunity to talk to the mentees giving them hope that whatever dreams they have can be achieved.

Reading is one of the major tools the organization uses to tackle the challenge letting the mentees read books that reflect their situation.

The mentorship which is in the first phase would run for three years from JHS 1 to 3, and even after completion of school, mentees are monitored to some extent, if they enter Senior High School to ensure they stay in line with expected goals.

The organization, which would soon spotlight school drop-outs, after adopting the pupils for mentorship takes them through processes to identify themselves and build their confidence to know that they can make it in life in spite of their background.

Focal persons of the organization meet mentees on weekends and mentees are addressed by role models in the community who share their experience to inspire them.