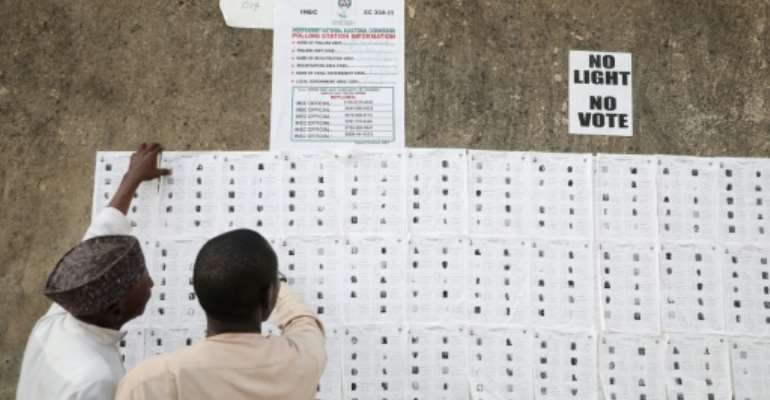 The EU mission, which was in Nigeria between January and April, said the elections were marred by serious operational and transparency shortcomings, electoral security problems and low turnout.

President Muhammadu Buhari won 56 percent of the votes to secure a second term in office. Buhari, who headed a military regime in the 1980s, was elected to his first term in 2015.

But the victory of the 76-year-old retired general has been challenged by the main opposition challenger, Atiku Abubakar of the Peoples Democratic Party (PDP). He has alleged irregularities in the polls.

The EU mission said in its final report on the election that "systemic failings seen in the elections... show the need for fundamental electoral reform.

"This needs to be urgently undertaken to allow time for debate, legislative changes and implementation well in advance of the next elections," said EU chief observer Maria Arena in the statement.

Their report said journalists were subject to harassment and some independent observers were also obstructed in their work, which compromised scrutiny of the electoral process.

Among the report's recommendations was that the procedures for the collation of results be improved.

Nigeria, Africa's most populous nation, has a history of electoral malpractice and violence.

The 2019 vote was marred by violence and reports of vote-buying, ballot-snuffing and snatching, voter intimidation and low turnout.

Scores of people were killed before, during and after the polls.

Buhari was sworn in on May 29 for his second and final term in office.