Focus on Africa: Uganda on alert after Ebola deaths near DRC border 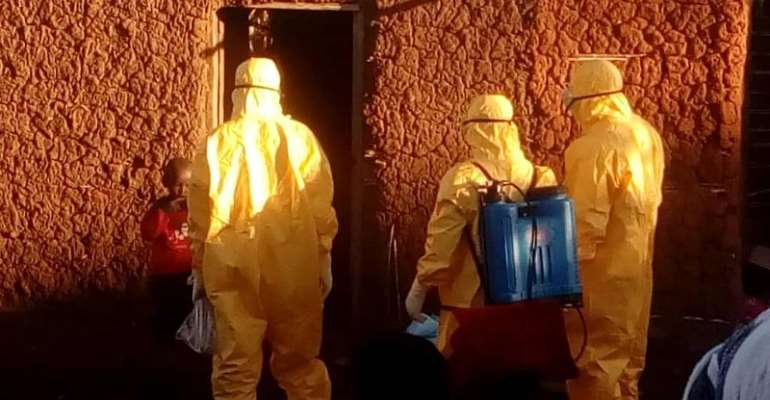 Uganda's national dailies lead with accounts of how the killer virus crossed into the country from its epicentre in eastern Democratic Republic of Congo where it has killed more than half of 2,000 people infected.

According to New Vision, a Congolese woman married to a Ugandan is at the origin of the outbreak. She reportedly fell ill after travelling back home to care for her ill father, who later died of Ebola.

“When she came back from the burial in Beni, running a fever, high temperatures”, says Nelson Naturinda, author of the New Vision's front-page report about the Ebola scare that has hit the western Ugandan district of Kasese.

Naturinda, editor of the online edition of the Kampala-based publication, told RFI that she is believed by virologists to have transmitted the virus to her three children and their nanny before passing away on Wednesday.

Family repatriated
Red Pepper claims that the woman's death came barely hours after the governments of Uganda and the DRC agreed to repatriate the six Ebola victims to Beni where a team of experts were standing by to provide them specialised treatment.

Daily Monitor relays a WHO report confirming that 12 members of the family who attended the burial in the DRC town of Beni were immediately placed in isolation, except six others who "escaped and crossed over to Uganda” on 9 June.

Beni lies 86 km from the Ugandan border town of Mpondwe where thousands of Congolese have sought refuge, after fleeing communal violence in their home towns.

Bracing for the worst
Ugandan Health Minister Dr Jane Ruth Aceng travelled to Bwera, a settlement east of the Mpondwe border crossing from the DRC on Wednesday, accompanied by experts from the Virus Research Institute (UVRI) in Entebbe and the WHO, to assess the state of response operations.

Uganda has reportedly vaccinated close to 5,000 health workers in 165 health facilities close to the DRC border while Kampala prepares its response to the looming epidemic.

Life in death's shadow
Ebola, which spreads among humans through contact with bodily fluids, is one of the most virulent tropical haemorrhagic fevers, often killing within days of infection.

Daily Monitor takes up the stark finding by British researchers that up to half of all outbreaks of the deadly virus never get detected.

According to the paper, the study carried out by biologists at Cambridge University's Department of Veterinary Medicine also found out that the probability of an individual health worker detecting an isolated Ebola case was less than 10 percent.

The study is published in the journal PLOS Neglected Tropical Diseases on Thursday.