Endorsement Of The Candidature Of Alhaji Umar Abdul-Hamid Imam 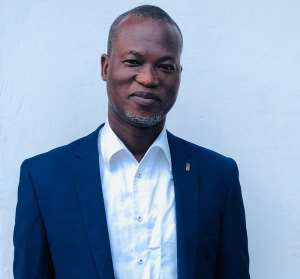 We the New Patriotic Party (NPP) youth groups in Kumbungu Constituency wish to state the following facts as we declare our support to Alhaji Umar Abdul-Hamid Imam:

In view of the above, the constituents need a parliamentary candidate who is physically, mentally/psychologically, socially, educationally and financially prepared to face the battle in 2020. Above all, the constituents need someone who is selfless and has the fear of Allah in his heart. The person who fits exactly these attributes is Alhaji Umar Abdul-Hamid Imam.

For the past two years, Mr. Hamid has not only declared his intention to contest NPP parliamentary primaries when nominations are opened, but more importantly, he has made NPP more attractive to the constituents. Permit me to mention some of his contributions to the constituents:

1. He organized workshop for Constituency Executives. This was centered on their roles as enshrined in the party’s constitution. Campaign strategies were also highlighted.

3. He assisted (and still assisting) in getting jobs and employment for the teeming youth who hitherto, were hopeless during the erstwhile John Mahama regime. Some of these areas include: Ghana Education Service limited recruitment, Youth in Afforestation, Sanitation, and ‘Almighty NABCO’.

4. He supported constituents with fertilizer coupons. At least 100 people were supported.

5. He distributed large quantities of ‘Ramadan Sugar’ to constituents. The support this year is massive and widespread.

6. He assisted in getting a seat (in 2018) to a member of the constituency to visit the Holy Land and to perform Hajj.

7. His philanthropic support to individuals and groups is farfetched.

It is clear from the above that Mr. Hamid is highly connected and has the magic wand to relieve the constituents from the political bondage in which we currently find ourselves. Given the efforts he has made coupled with the fact that no one has declared their intention to contest, we call on all party stakeholders; both far and near to support this gentleman to represent the party in the upcoming 2020 elections.

It is our considered view that, if the constituents is really poised to wrestle the seat from the non-performing NDC Member of Parliament; Honourable Ras Mubarak, then a consensual candidate (such as Mr. Hamid) is the best for NPP in Kumbungu Constituency.

The information we have gathered is that, almost all the Constituency Executives have given him their fullest support. Given the difficult nature of the constituency (in terms of canvassing votes for NPP), it will be more prudent if a decision is taken to allow Mr. Hamid to go through the primaries uncontested. This will pave way for early campaign ahead of 2020 presidential and parliamentary primaries.

Finally, we call on the constituency Council of Elders and Patrons, and the District Chief Executive to work to ensure that every Tom, Dick, and Harry rally their support behind Alhaji Umar Abdul-Hamid Imam.

Mr. Hamid is currently a law student and will be in parliament (In-Sha-Allah) as a lawyer in 2021