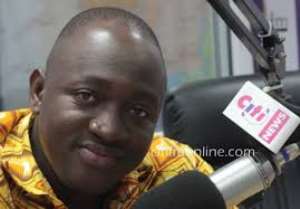 It is an indisputable fact that Mr. Martin Alamisi Burnes Kaiser Amidu, the Special Prosecutor (SP), was the last candidate that the key operatives of the main opposition National Democratic Congress (NDC) expected to be named to his present post. So, no one ought to be surprised that the NDC’s Member of Parliament for Tamale-North, Mr. Alhassan Sayibu Suhuyini, would attack Mr. Martin Amidu by cavalierly presuming to lecture the latter on the manner in which he ought to be performing at his post (See “Martin Amidu Has Wrong Mindset about SP Office – Tamale-North MP” GhanaCrusader.com / Ghanaweb.com 5/27/19).

No doubt, like the rest of the hoodlum pack of the key operatives of the National Democratic Congress, the Tamale-North’s MP is being haunted by his own shadow, which is why Mr. Suhuyini appears to be so jittery and traumatized by the decision of the SP to call Mr. Mahama Ayariga, the favorite political pet of former President John Dramani Mahama, to the dock or judicial/trial box as his first case and witness. Mr. Suhuyini’s problem appears to be that the crime for which Mr. Ayariga is charged only occurred in 2017, rather than at anytime during the four-and-half-year tenure of former President Mahama.

Now, this observation is rather fascinating, but it also glaringly exposes the Tamale-North’s MP about the fact that Mr. Suhuyini has absolutely no professional legal background or experience; thus he may not be aware of the basic fact that good prosecutors select cases to be tried in court based primarily on the strength of the available facts and evidence that their offices have assembled and, even more significantly, whether such facts or pieces of evidence, as have been assembled, are foolproof enough to be able to secure a conviction on the same.

The decision to take any particular case to court by a prosecutor, or in this case a Special Prosecutor, is not naively and facilely predicated on when the alleged crime was committed. This is precisely what Mr. Amidu is doing and has been doing all along, even long before his first case was taken to court. Now, we can quibble over whether fighting corruption ought to be primarily and/or exclusively predicated on bringing to court only cases involving millions and billions of cedis or dollars. The fact of the matter is that it costs money, and lots of money, to successfully prosecute these cases; which is why unless the SP is surefire certain of obtaining a judgment in court against the defendant or in favor of the State, the concerned prosecutor may very well be unwisely wasting the Ghanaian taxpayer’s money.

You see, people like Mr. Suhuyini are being haunted by their own demons because they never dreamed of any prominent and much-hated member of the main opposition National Democratic Congress’ being appointed to the cardinal post of the Special Prosecutor, let alone one who was once thoroughly maligned and humiliated by the party’s top-brass and virtually left for dead, politically. Mr. Amidu, as we all may vividly recall, had been harassed and persecuted even after he had been forced to retreat onto the gray margins of the anonymity of private life. The motive then clearly appeared to be that Mr. Amidu would quietly retreat into his proverbial shell and within a short while vanish from the face of the Earth and be totally forgotten all about by the Ghanaian citizenry.

Well, unfortunately for his “in-house” political detractors and enemies, the now-SP strategized deftly and hit back with a vengeance. Which is why the leaders and key operatives of the National Democratic Congress would rather envisage the Special Prosecutor in his capacity as anything but a determined crime fighter; which is indisputably, of course, what the Atta-Mills dismissed Attorney-General and Minister squarely is about. But, of course, what is even more significant to recall here for the benefit of those of our readers who may not readily recall, is the primary reason for which Mr. Martin Amidu was summarily expelled from the cabinet of the man whose presidential running-mate he had once served. I am here, of course, inescapably referring to the Woyome Heist which then Attorney-General Amidu was adamantly determined to retrieve.

It is also rather absurd for Mr. Suhuyini to assert that just because some staff appointees of the Special Prosecutor have reportedly been snagged in a fuel-filching racket necessarily taints the reputation and credibility of Mr. Amidu. One does not ordinarily expect such petty-minded remark to come from a member of Ghana’s Parliament. At any rate, what is relevant to note here is the fact of whether these alleged criminal suspects have been promptly dealt with or their misdeeds have been condoned by the Special Prosecutor. Americans have a saying which goes along the lines of the following paraphrase: “The wheels of justice turn very slowly, but they eventually get to their ultimate destination of condign comeuppance.” In other words, what matters in the long run is that Mr. Amidu does not get bogged down by the vengeful and arbitrary application of the law and his authority.

Thus far, Mr. Suhuyini is not in any way disputing the fact of whether, indeed, Mr. Ayariga colluded and conspired with some of his colleagues and associates to defraud the Ghanaian State and the Ghanaian taxpayer of hundreds of thousands of cedis in the form of criminal tax evasion. And that is all that matters in the context of the present discourse.