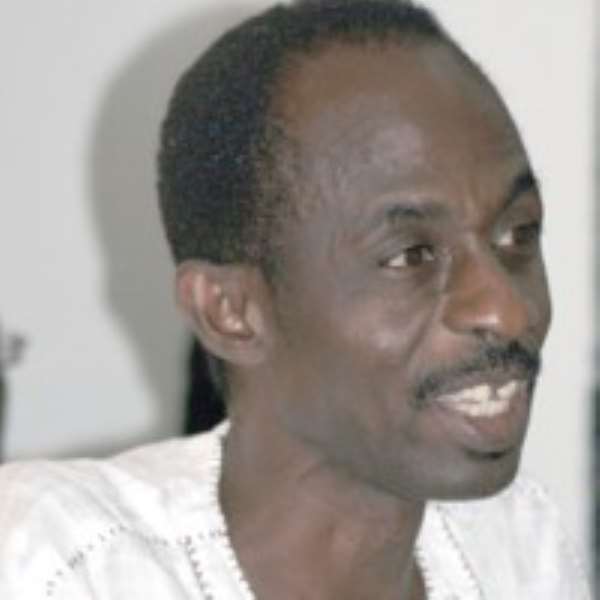 First of all, it was former President John Dramani Mahama who reached a backdoor agreement, criminally on the blindside of Ghana’s Parliament, to bring two Saudi-born Yemeni terrorists, captured on the killing fields of Afghanistan, into the country (See “Terrorists Target on Ghana Vindicates NDC’s Claim on US Military Base Deal – Mosquito” Modernghana.com 6/13/19). The leaders of the now main opposition National Democratic Congress (NDC), beginning with Chairman Jerry John Rawlings, the founding-father of the NDC, had struck secret military cooperation agreements with the United States, going as far back as the 1990s, that is, long before a democratically elected President Addo Dankwa Akufo-Addo assumed the reins of governance.

If anything at all, it was rather Nana Akufo-Addo who first brought to light the secret agreements initialed between the devious scofflaw leaders of the NDC and the United States’ Military, when he unprecedently submitted the renewal of these NDC-struck secret military agreements to Ghana’s Parliament for critical examination and ratification or otherwise. In short, it was actually Nana Akufo-Addo who shockingly exposed the seamy underbelly and abject hypocrisy of a purportedly hardnosed and diehard “anti-imperialist” America NDC leadership.

It is also inexcusably absurd for the General-Secretary of the National Democratic Congress, Mr. Johnson Asiedu-Nketia, to smugly claim that the mere renewal of military agreements already struck between NDC leaders and the United States’ government and the latter’s military long before Nana Akufo-Addo acceded to the Presidency, somehow, rendered Ghana a prime target for terrorist attacks. First of all, the founding of the National Democratic Congress, beginning with the latter’s institutional antecedent, the erstwhile Provisional National Defense Council (PNDC), which both established and entrenched itself on the Ghanaian political landscape by the ethnic cleansing of Akan-descended High Court Judges and the former Ghana Army Major and retired Personnel Manager of the Ghana Industrial Holdings Corporation (GIHOC).

I mean, what else could the midnight of June 30, 1982 abduction and the Mafia-style summary execution of the Accra High Court Judges be likened to but a veritable act of Al-Qaeda-type of terrorism? Indeed, had the likes of Mr. Asiedu-Nketia paid sedulous attention to the 40th Anniversary Speech on the June 4, 1979 Uprising of the Junior Officers of the Ghana Armed Forces, he would have heard the former Chairman Jerry John Rawlings, leader of the Armed Forces Revolutionary Council (AFRC), remorsefully assert that the 1992 Constitution was specially and egregiously crafted to protect seasoned political and common criminals like most of the leadership of the present National Democratic Congress, including Mr. Rawlings, himself and, of course, Mr. Johnson Asiedu-Nketia.

The former Rawlings-appointed Deputy Defense Minister cannot also pretend to be unaware of the patent fact that the worsening security situation in the country is the veritable and vintage handiwork of crooked NDC politicians like himself and, in particular, Mr. Samuel Ofosu-Ampofo, the National Chairman of the National Democratic Congress and former Minister for Local Government and Rural Development. Mr. Asiedu-Nketia may also need to provide evidence pointing to the fact of Mr. Bryan Acheampong’s service as a veteran of the United States’ Military in Afghanistan as a magnet for terrorists to target Ghana. For those of our readers who do not know this, Mr. Acheampong is one of the Ministers of Ghana’s National Security Establishment. Besides Mr. Asiedu-Nketia’s rather outrageous claim of Mr. Acheampong service with the US military in Afghanistan, not many Ghanaian citizens knew of the US Army’s veteran status of Mr. Acheampong.

Then again, why wouldn’t any progressive Ghanaian government or Ghanaian leader want to appoint highly qualified candidates like Mr. Acheampong to such highly sensitive positions of trust as National Security Minister, instead of total square pegs and greenhorns like Mr. Asiedu-Nketia, who was once named Deputy Defense Minister by then President Jerry Rawlings. It is also ironic for Mr. Asiedu-Nketia to scandalously assert that the rising crime rate in the country directly correlates with the unacceptably high level of unemployment among the members of the political party-sponsored vigilante groups. Such assertion is both ironic and scandalous because the unemployment rate under the previous Mahama-led government of the National Democratic Congress was at least three of four times higher that it presently is under the government of the Akufo-Addo-led New Patriotic Party.

In reality, however, the crime rate under the “Dumsor,” or actually “Dum-Dum” government of former President Mahama was much higher than it is today. What with the bedroom stabbing-death of Mr. Joseph Boakye Danquah-Adu, the Akufo-Addo cousin and extant New Patriotic Party’s Member of Parliament for Akyem-Abuakwa-North Constituency, and the abrupt removal and prompt demotion of Dr. George Akuffo-Dampare, the Chief Investigator of that case, by the Mahama-appointed extant Inspector-General of the Ghana Police Service (GPS), Mr. John Kudalor? Come on, get a grip, Mr. General Mosquito!

More Feature Article
ModernGhana Links
Social Media Addiction And Productivity
Young Positivist Writes: Y3te Sika So Economy!
The New Ghana's LGBTQ+ Bill A Spat On Human Rights
These Retarded MPs Must Be Voted Out of Parliament Pronto
Take Care, For Anti-Covid Fake News Is All Over The Place!
Damsel Foundation Executives Should Find a Better Name and Something Better to Do
Afghanistan, Failure and Second Thoughts
Nigeria: If Only AGF Malami Would Learn To Talk Sparingly
On LGBTQ+ Bill: If their acts don’t constitute inalienable human rights, what are they?
TOP STORIES