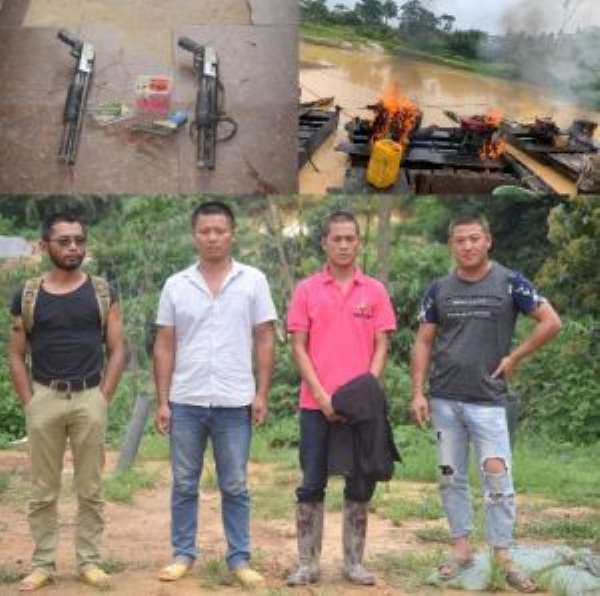 Four suspected Chinese illegal miners have been arrested by Operation Vanguard team in Dominase-Nkwanta in the Amenfi West District in the Western Region.

The suspects, Zhun Yun Sheng, 31, Zhong Jun, 30, Wei Xui Wu, 29 and Liin Lital, 26, together with two excavators that were found at the site have been handed over to the Inter-Ministerial Committee on Illegal Mining (IMCIM).

The statement said in other operations conducted over the past two weeks from Operation Vanguard's Forward Operating Bases, one other Chinese and six locals suspected of mining illegally have also been arrested.

Four excavators have been seized and six others immobilized. Both the Chinese suspects and the seized excavators were handed over to the IMCIM. The locals have however been granted bail pending prosecution.

“A total of 170 Changfan machines were also destroyed within the same period”, the statement said.