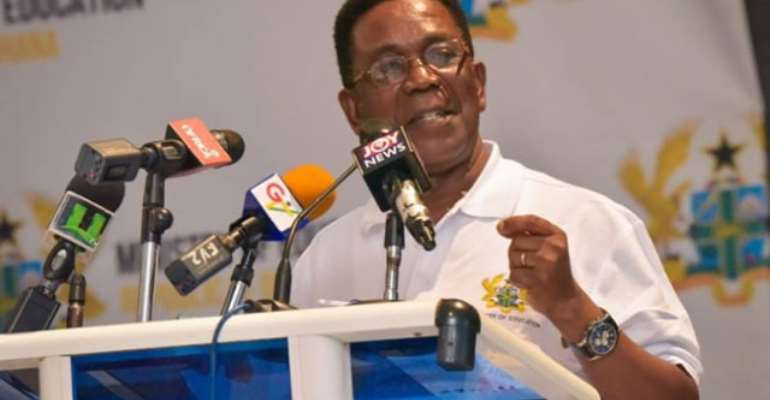 A new Tertiary Education Policy is expected to crackdown academic fraud and abuse of academic titles.

The new policy document indicates that “academic fraud is a global phenomenon that has found its way into all professions.”

The 80-page document points out the risk of wrong people being employed in right businesses.

It said academic fraud undermines the credibility of the educational system.

According to the policy, “all forms of academic fraud are criminal and must be handled by the appropriate agencies.”

It states that “employers have the primary responsibility to confirm credentials presented for consideration for employment by job applicants.”

Preparation of the new educational policy began in February 2017 and received Cabinet approval on May 9, 2019.

A draft public university bill is being prepared to support the policy.

This came to light at a forum on tertiary education reforms held on Friday, June 14, 2019, in Accra.

The forum was to sensitize and create awareness about the Tertiary Education Policy and the legislative and institutional reform implications of the Policy.

It says “appointment of Emeritus (Emerita) Professor must be based on statute, strictly on merit and granted only by the university from which the person retired as full professor.”

Furthermore, the Policy directs that “only chartered institutions may award honorary degrees and appoint emeritus professors.

In response to the rampant abuse of academic titles, the National Accreditation Board (NAB) has often had to issue public statements to provide guidance and education.

‘Abuse is by awarding institutions and beneficiaries alike,’ it says.

Quiet a number of public institutions in Ghana have been inundated in recent past with alleged fake degrees which are reportedly mostly manufactured overnight.

One of such State institutions affected by fake degrees was the Social Security and National Insurance Trust (SSNIT) which had its then Head of Information Technology (IT) being employed with an alleged fake degree.

Minister of Education, Dr. Matthew Opoku Prempeh, speaking at the forum, bemoaned that there had been the lack of a tertiary education policy document in Ghana.

He stated that in coming out with the current policy, Government had looked at international best practices.

According to him, the tertiary education policies of 10 countries including Finland, Denmark, Singapore, Kenya, South Africa, Uganda, among others, were thoroughly studied in coming out with the Policy.

He revealed that the Draft University Bill has received extensive stakeholder response.

'Get rich quick' attitude among the youth eroding moral fabr...
44 minutes ago