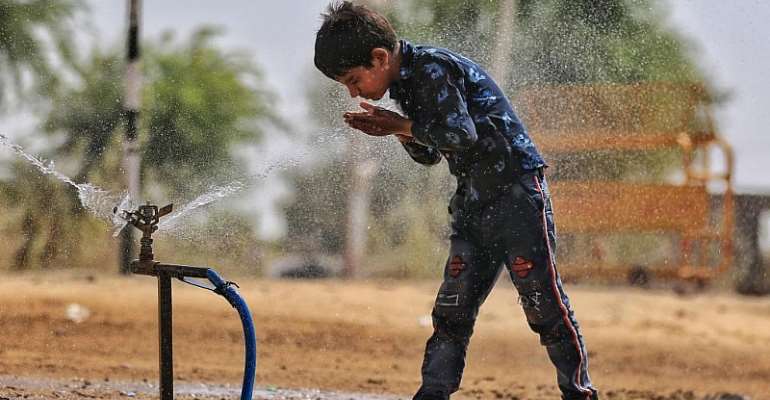 One of India's longest and most extreme heat waves in years has claimed at least 36 lives since it began in May. The mercury has spiked above 50 degrees Celsius in some areas and the scorching conditions are set to continue, with the arrival of the monsoons delayed.

Earlier this week, four people died of heatstroke, unable to bear the heat in a packed train with no air conditioning.  They were returning from the holy city of Varanasi but medical help was late in coming when they fainted from exhaustion.

Authorities pointed out that the prolonged heatwave is part of a trend of rising temperatures in India. The number of Indian states hit by extreme heat has risen to 19 in 2018 – more than doubling from 2015 figures of nine – and is expected to reach 23 this year.

Rains delayed
“This wave has been prolonged and unprecedented. There are normally pre-monsoon showers but the met office has warned that the heatwave might continue as the arrival of monsoon rains has been delayed,” Anshu Priya, a spokeswoman for India's National Disaster Management Authority told RFI.

Extreme temperatures have struck large parts of northern and central India, with Rajasthan, Madhya Pradesh, Uttar Pradesh and Maharashtra among the worst-hit states.Several cities have borne the brunt of the prolonged heatwave because they are so densely populated, which makes the effects more pronounced.

The poor and the homeless, who work or sleep outdoors, have been hit hardest.  Construction workers have had no respite from the sun. The number of days of relentless heat has also increased   and it's not just days, but also night temperatures that have sent the mercury through the roof.

“While cities have a winter plan for the homeless that includes setting up temporary tents, there is no similar effort in the summer to mitigate the deadly impact of heat waves,” Shivani Chaudhry, executive director of advocacy group Housing and Land Rights Network told RFI.

Adding to the woes of people caught in the inferno is the shortage of water. Last week, police were tasked with guarding water tankers and water sources in the central state of Madhya Pradesh following clashes over water.

The water crisis is one of the biggest challenges the capital, Delhi, which has been grappling with the problem during summer. Experts say the city has sufficient water but faulty distribution systems have led to shortages and nearly 45 percent is lost in spillages.

In many areas especially in the country's rural hinterland, the earth is parched and wells have turned dry. In some regions in north India, farmers have borne the brunt, with fields and landholdings barren due to depleted groundwater reserves.

Many cities caught in the heatwave have turned into "urban heat islands", because of a lack of tree cover causing temperatures to soar on paved surfaces. Urban heat island effects can make ambient temperatures feel 3 to 4 degrees more than what they are, according to climate change experts.

BOST Undertakes Disinfection, Fumigation Of Its Offices
27 minutes ago