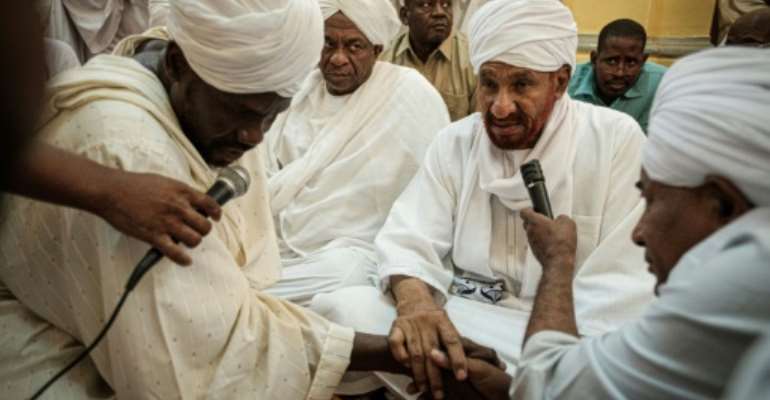 Thousands of protesters who had camped outside the army headquarters in central Khartoum for weeks were dispersed on June 3 by men in military fatigues, in an operation which left dozens dead.

The crackdown followed the collapse of talks between protest leaders and generals over who should lead a new governing body -- a civilian or soldier.

The generals had repeatedly pledged they would not disperse the sit-in, but on Thursday admitted that "mistakes" had happened.

Mahdi, speaking after attending Friday prayers at a mosque in Khartoum's twin city of Omdurman, condemned the operation.

"The protest's dispersal was wrong. There should be an independent international investigation into it," he told AFP.

"It's important that the probe is objective and not biased in favour of the authorities."

Mahdi's elected government was toppled in 1989, in an Islamist-backed coup led by Omar al-Bashir.

After three decades in power, Bashir was himself ousted in April following mass protests, backed by Mahdi.

Bashir was replaced by a military council, but protesters carried on with a sit-in outside Khartoum military headquarters to demand a handover to civilian rule.

The June 3 crackdown at the site left about 120 people dead and hundreds wounded, according to doctors linked to the movement.

The health ministry has put the death toll at 61.

The protest movement has also called for an international probe, something rejected by the military council.

"We do not accept an international investigating committee. We are a sovereign state," council spokesman Lieutenant General Shamseddine Kabbashi told reporters late Thursday.

Expressing "regret" over the events of June 3, Kabbashi said the plan had been to clear an area close to the sit-in -- but "excesses happened".

He said the military is carrying out its own enquiry, whose findings are to be released on Saturday.