Accepting the Spreading of Fear and Panic Is Part of the African’s Inferiority Complex, Trust Me 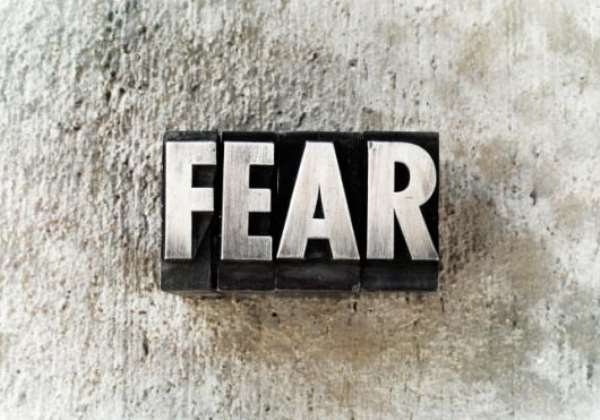 As I read through Ms. Elizabeth Ohene’s quite interesting and literarily captivating article captioned “Spreading Fear and Panic” (Ghanaweb.com 6/13/19), I couldn’t help but think about the theory of “Afrocentricity,” which constituted much of the dietary fare of my scholastic training here in the United States (of America) in the discipline of African and African-American Studies. In essence, “Afrocentricity” teaches that the highest form and level of self-love, self-respect, and confidence in oneself as a bona fide African is an uncompromising pride in one’s self-worth, heritage and one’s humanity.

To be certain, it is our collective and relative deficit in the preceding qualities that would make Ghanaian journalists rather facilely and, for want of a more diplomatically apposite terminology, accept and even validate invidious attempts by politicians in predominantly White/European-populated countries like the United States, Britain, France and Canada to relegate otherwise even more peaceful and safer countries like Ghana and a remarkable number of other Third-World countries as terror-wracked and, therefore, unsafe spaces for Western travelers and tourists, anytime that there occurs an isolated incidence of the breach of the public peace, such as recently occurred in Kumasi, the capital city of Ghana’s Asante Region, when two young white Canadian women exchange students allegedly working with a Non-Governmental Organization (NGO) were reported to have been kidnapped by a Nigerian-led gangster organization.

Indeed, as the former editor of Ghana’s largest state-owned daily newspaper, the Daily Graphic, rightly points out in the afore-referenced opinion piece, the leaders of many a Western country were quick to label Ghana as a no-go country or area for a tourist or an exchange student, in the case of the two kidnapped white Canadian young women. As of this writing, however, Ghana’s Information Minister, Mr. Kojo Oppong-Nkrumah, had announced that the kidnap victims had been successfully rescued by a SWAT Team form the Kumasi Headquarters of the Ghana Police Service (GPS).

To-date, only the three Ghanaian teenage high school girls, reportedly kidnapped four, or so, months ago remain in captivity. Interestingly, the equally serious predicament of these three Ghanaian girls did not attract the sedulous attention of the UK, US and Canadian governments until the reported kidnapping of the two Canadian young women made the global headline news. But that many a Ghanaian journalist had quickly taken to the media airwaves and to the print media, as well, to amplify the concerns of some Western leaders, to the detriment of the image and reputation of Ghana as a major tourist attraction or destination, was pretty much dependent on the fact that most Ghanaian journalists are “Eurocentrically” trained, which means that they are generally conditioned to envisage their own country and its people in much the same aloof or standoffish and disdainful manner in which many a Western-trained media operative has been conditioned to envisage much of the Third World with suspicious and disdainful eyes, and an equally disdainful psychological mindset or perspective.

So, what critically and urgently needs to be done is to radically recondition these Ghanaian and Third-World journalists to meaningfully and progressively envisage themselves and their native countries with the same level of self-love or organic patriotism with which Western-trained journalists are indoctrinated. Ultimately, however, the problem of Ghanaian, African or Third World inferiority-complex is further complicated by the deeply entrenched official and scarcely checked corruption which has made many a Western country a more socioeconomically attractive magnet for many a greener-pasture-seeking potential Third-World migrant. In other words, any systematic and/or serious attempt to proactively recondition media operatives in Third-World countries like Ghana to become effective and cultivate a patriotic sense of professionalism would have to go hand-in-hand with the massive economic development of the erstwhile Western/European colonies.