Ghana School Of Law, GLC, 2 Others Dragged To Court 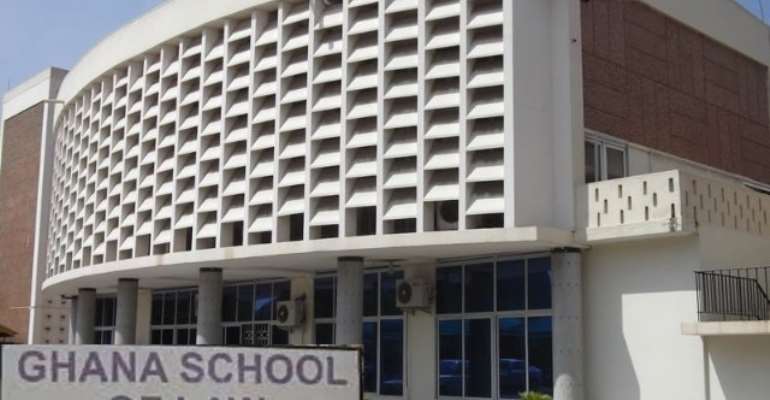 The major players in legal education in Ghana have been hauled before the Human Rights division of the Accra High court by some students.

The seven plaintiffs who are students of the Ghana Law School want to stop the school and its allies from conducting supplementary exams on a “too short” notice.

The stated defendants in the suit are the governing body on legal education; General Legal Council, the Ghana Law School, the Board of Legal Education and the Independent Examination Committee.

The students aver that their remarking results were released 12 weeks after the application, which they say is contrary to regulations.

They also claim the directive to them to register for the supplementary exam within a three-day period is unreasonable.

The students are praying the High Court to compel the Law School to extend the registration period “to enable plaintiffs to register for their supplementary papers.”

In their fifth claim, the students want the exams shifted from June 17 to two months’ time to “afford plaintiff the time which plaintiffs would have been entitled to, had the results been released within five weeks.”

Lawyer for the students is expected to apply for an interim injunction on Friday to stop the defendants from proceeding with organising the exams.

The suit stated that the court will be moved on June 18 for an interlocutory injunction, which when granted, would stop the defendants from organising the exams until a final determination of the substantive case.

Mass failures at the law school

The Chief Justice who is Chairperson of the General Legal Council has meanwhile set up a committee to investigate the mass failures at the law school.

The investigating committee is being chaired by Sophia Adinyira (JSC).

We'll not accept the 4% salary increment — Coalition agains...
18 minutes ago