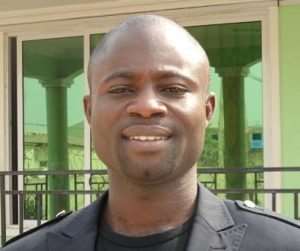 The Ranking Member on Parliament's Health Committee, Kwabena Mintah Akandoh has said the health sector will continue to face challenges if the National Health Insurance Authority does not reverse the capping of funds for primary healthcare.

Under the Earmarked Funds Capping and Re-alignment Bill passed by the house in 2017, statutory funds including that of the NHIS cannot go beyond a 20 percent threshold of the national budget.

Speaking to Citi News, the Juabeso MP said the law is starving the NHIS of the much-needed funds to deliver better primary health care.

“I am vehemently opposed to anybody who will use the National Health Insurance money to go and pay nursing training. The government must go and look for money and one of the highly unacceptable things is government thinking to cap the Health Sector. You are supposed to invest there. You do have the money to invest there and you are capping that sector?”

When the Earmarked Funds Capping and Realignment Act was passed in March 2017, it was met with some criticism from the Minority.

At the time, the Deputy Minority Leader, James Avedzi, argued that the move will affect the operations of local assemblies with the reduction in allocations from 7.5 to 5 percent.

But the Finance Minister, Ken Ofori-Atta, maintained that the decision was to ensure the government had more fiscal space to undertake other key economic policies outlined in the budget.

The previous government varied its allocation to the eight earmarked funds year-on-year.

The Minority Leader, Haruna Iddrissu, later argued that at least, the National Health Insurance Fund must be exempted from the list of statutory funds that are capped.

He said the state of healthcare in the country required adequate financing, and as such the Health Insurance Fund must not suffer a reduction.

Former President John Dramani recently warned that government's decision to cap statutory funds at 25 percent of all government revenue will ultimately be counterproductive.

He believes the only reason the government pushed for a law to limit statutory funds was so it could fund its many promises like the 1-district-1-factory policy, among others, at the expense of other key sectors.

Speaking after the National Democratic Congress's (NDC) Unity Walk in Bolga, Mr. Mahama said the “government should do a rethink of some of some of the sensitive statutory funds, especially NHIS.”

He explained to supporters gathered that “what's happening is, all those promises are being fulfilled using the statutory funds. For instance, take the National Health Insurance. Parliament passed a law. It says that it will cap all statutory funds at 25 percent of national revenue. So when they cap it, they give every fund a weight and they take that money out of the fund and put it into the consolidated fund for consumption.”