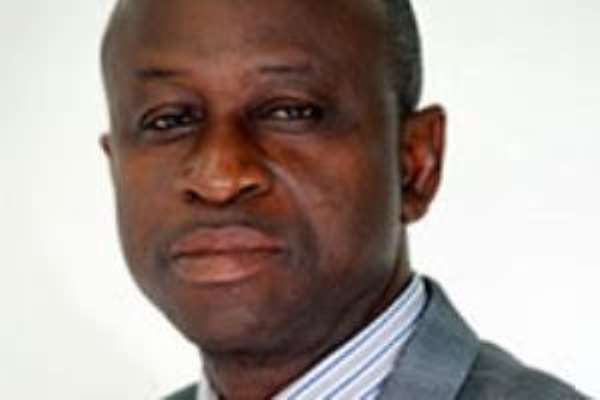 Members of the New Patriotic Party (NPP) in the Aowin Constituency in the Western Region are demanding an apology from their Member of Parliament (MP), Hon. Mathias Kwame Ntow, over the recent the University of Ghana Survey.

The report published on Monday, June 10, conducted on the performance of all the 275 MPs by the University of Ghana which revealed that 180 of the incumbent MPs are likely to be voted out of office if elections were to be conducted today.

Unfortunately, Hon. Kwame Ntow was ranked amongst the worst performed MP’s in the Country.

Unhappy about the report, the aggrieved constituents said in a statement issued on Thursday, said: “the report of UG is a total disgrace to us the constituents and hence he must apologize to the good people of Aowin.”

“For an MP, serving his third term in office be ranked 268th out of 275 and last in the entire Western andWestern north region is nothing but A big SHAME!.,” they added.

APOLOGISE TO THE GOOD PEOPLE OF AOWIN!

The New Patriotic Party in Aowin Constituency by this press statement call on the member of Parliament, Hon. MathiasKwame Ntow to do the honorable thing and apologize to the Aowin people in his constituent for humiliation brought on the constituency through the latest ranking of MPs in Ghana by the University of Ghana political science department survey.

We wish to let the honourable Mp know if he has not been told by his advisers that, his ranking on the latest report of UG is a total disgrace to us the constituents and hence he must apologize to the good people of Aowin! For an MP, serving his third term in office be ranked 268th out of 275 and last in the entire Western andWestern north region is nothing but A big SHAME!.

Though we in the NPP and other well-meaning constituents are not totally surprised by the outcome of the UG SURVEY because it is a true reflection of his abysmal perform an* as an MP, yet we demand an immediate apology from the honourable member of Parliament to at least mitigate the humiliation brought onto the constituency. As a responsible party though wanting to out him from office, we urge the MP to up his game to avert bringing such humiliations onto the constituency. The public ridiculing of the constituency as a result of his actions and inactions are becoming too much for the constituents to bear*. As an MP, he should be seen making submissions at the August House, advocating for the development of his constituency even on the media, judicious use of the common fund, etc.

Finally, we urge the good people of Aowin, not to fall for the usual propaganda of the NDC and the MP. Rather, we should take a clue from this report and come to terms with the NPP that, the honorable MP is *NOT PERFORMING CREDITABLY. Heis a complete failure and disappointment to the people of Aowinhence must be kicked out* come *2020*. We should have absolute confidence in the NPP and its candidate and vote massively for the NPP come 2020 as we did in the year 2004 which undeniably brought the best development to the constituency. The Honorable member will continue to be as he is and will never change irrespective of the chances we may give him. A "decorated monkey they say is still a monkey", so as it is with the Hon Mathias KwameNtow and his NDC.

We shall not entertain immorality in our community — Zongo J...
6 minutes ago