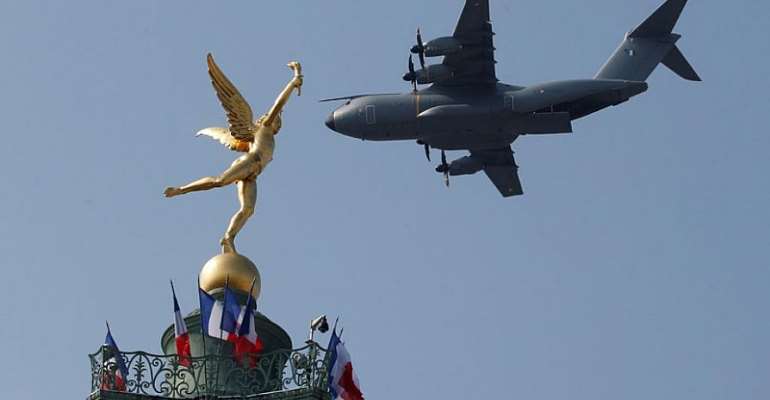 The European aircraft maker announced Friday that it had reached a deal with buyer nations for a revised contract of its delayed A400M military transporter plane. The amendment comes after endless delays and technical problems.

"The signing of this amendment will allow Airbus to...deliver its current and future customers of the A400M, the most powerful and advanced military transporter plane on the market," Dirk Hoke, head of Airbus' Defence and Space division said in a statement.

The revision puts an end to more than two years of negotiations between the group and seven European NATO buyer countries, weighed down due to rows over costs and military capability.

In 2010, the contract was saved from cancellation after a €3.5bn bailout from seven core buyer nations - Belgium, Britain, France, Germany, Luxembourg, Spain and Turkey -that forced the deal to be renegotiated for a second time.

Then in 2016 the aircraft suffered gearbox problems that grounded most of the fleet and left Airbus nursing a €2.2bn hit to 2016 profits.

High ambitions
The A400M was meant to be the flagship of Airbus' military fleet. It was commissioned in 2003 to give Europe an independent airlift capacity to support military or humanitarian missions, instead of relying on the Lockheed Martin C-130 or the now out-of-production Boeing C-17.

Instead, the heavy-lifter has ended up being a financial deadweight on the company with crippling losses and delays.

Industry officials blame some of the project's problems on an over-ambitious wish list from buyer nations. But the largest buyer Germany has been critical of the capability shortfalls.

Friday's agreement should get Europe's largest defense project back on track, notably because it firms up a calendar for production and delivery of the A400M aircraft lifter based on new financial grounds. Those conditions however, have not been specified.