Federalism, Local Government Autonomy And The Crisis Of Identity In Nigeria 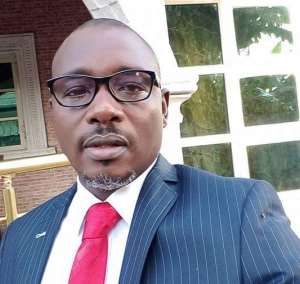 Local government councils, counties, prefectures, cities, boroughs, municipalities, etc., the world over, are regarded as vehicles of grassroots development because of their closeness to the people. It is for this reason that it is often argued that they be granted enough financial strength and space to operate. However, the question of municipal autonomy—the extent of autonomy that they should be granted—remains a key question in public administration and governance the world over.

In some countries that operate a proper federal system, local government councils are granted enough powers by the federating units to establish and maintain their own local courts, fire service and even police. The general practice in federal systems all over the world is that the councils are often granted enough autonomy, especially financial, which enables them to manage their affairs, establish schools, build roads, clean the environment, build and maintain parks, and provide necessary developmental projects. This is in line with the general recognition of the role of local government as engines of grassroots development.

However, local governments in Nigeria have not lived up to their bidding in this regard. Many reasons are accountable for the pathetic state that the councils find themselves.

First is that the Nigerian state operates a quasi-unitary system of government which likes to call itself a federal system. So, like the nation itself, the local government system is mired in the contradictions arising from this national misnomer.

This is a typical exemple of the contradictions inherent in our quasi unitary constitution masquerading as a federal constitution. Thus we have a legal framework which in one breath establishes the local governments as units of government at the grassroots level and in another, positions them as appendages of the states to administer as they wish. This confusion is further acerbated by the fact that the same constitution recognizes the local government councils as units of revenue allocation from the centre but falls short of guaranteeing their existence as an “independent” tier of government.

Third is the overbearing, paternalistic and sometimes predatory oversight functions of the state governments (emboldened by the provisions of Section 7(1) of the 1999 constitution) which have been at the heart of policy summersaults and crises of identity affecting governance at the grassroots level.

Fourth, perhaps most crucial and central to the entire issue of nation building is the Nigerian psyche. The military coup of 1966 and the subsequent promulgation of a unitary decree by the General Aguyi Ironsi regime which effectively replaced our erstwhile federal system with a unitary system of government and the long period of military rule that followed did a lot of damage to the Nigerian psyche. As Prof Wole Soyinka once noted, you can take the hippopotamus out of the swamp, but you cannot take the swamp out of the hippopotamus. We have been able to chase the military out of government, but we have not been able to take the military out of our minds. The practice, structure and ideas of the military’s command and obey system are still ingrained in our psyche and have tainted our federalism and practice of democracy. Thus, federalism as currently practiced in Nigeria is paternalistic, feudalistic, tokenistic and executed with military fiat.

All these, in addition to our flawed federal structure and constitution, have been the reason for the failure of past reforms aimed at empowering our local government councils.

It is in this light that I view the recent directive by the Nigeria Financial Intelligence Unit with suspicion. Has it come to stay? Can it be legally enforced within the present constitution and the type of federal structure that we practice? Was there a stakeholder engagement with actual practitioners of the system to ascertain the practicality of the directive and possible outcomes and how to tackle them?

For example, all the states of the federation presently operate a unified local government system wherein staff are centrally employed, trained, promoted and generally managed. Ditto for pension administration and payment of primary school teachers’ salaries. All these functions are performed by state agencies funded through the contentious Joint State Local Government Account (JSLGA) whose activities the NFIU directive intends to curtail because of the general notion of it being the avenue through which the state governors misappropriate local government funds. It is yet unclear how these functions and others crucial to local government administration will be handled under the NFIU directive.

I will be the first to agree without any reservation that the local government system as we currently have it is fraught with tremendous contradictions that must be resolved if Nigeria must attain grassroots development. I also agree with the popular view that a major way to do this is to empower the local government councils financially for them to be able to carry out their primary functions, hence the push for financial autonomy. I guess this is what the NFUI directive aims to achieve.

The fact, however, remains that financial autonomy is not all that the local government councils need in our current political structure to succeed. It might not be enough and might backfire if all possible outcomes are not taken into consideration and contingent measures put in place to address them. Therefore, with the benefit of hindsight of repeated reform failures, any solution that is geared towards solving the problems of local government within our present set up must be rooted in rigorous systemic analysis that is not artificial nor contrived in other not to produce defective outcomes.

The local government councils need financial autonomy, but what they need most is political autonomy: the freedom to be able to choose freely who to preside over their affairs through a process of free and free elections rather than selection. This is the only way to attract high quality representation at the local government level, those whose loyalty will be to the people.

It is noteworthy that the NFIU directive has been received with popular acclaim by the public. This an indication of the direction which the public wants local government administration to go in order to attain better service delivery, which in their perception—wrongly or rightly—the current system does not allow.

The state governors have always complained of the non-viability of most councils and the huge financial burden they have to bear by augmenting the income of the councils to enable them meet their salary obligations. I have no reason to doubt them. The NFIU directive might just be the opportunity to prove them right and erase the wrong public impression that they misappropriate local government funds.

The apprehensions and expectations that the NFIU directive has generated is expected in a polity and system like ours where contradictions, selfish power play and mutual suspicion are a currency in public administration. But instead of being adversarial, I urge all stakeholders to see it as a clarion call for all to join hands to proffer solutions towards empowering the local government councils for better service delivery.

There is no doubt that the implementation of the NFIU directives will throw up some major problems under our confused legal framework, but as a believer in Marxian dialectics, I have the assurance that whatever contradictions that are thrown up in the course of implementing the directives will be resolved within the general system that threw up the directives in the first place.

Pending when Nigeria decides whether to operate a two-tier or a multi-tier federal system of government or to embrace full blown federalism as against the quasi unitary-federalism it currently operates, local government system in Nigeria will continue to suffer a crisis of identity.

Austin Emaduku is a public affairs analyst based in Ekete, Udu Local Government Area of Delta State. He can be reached through: [email protected]