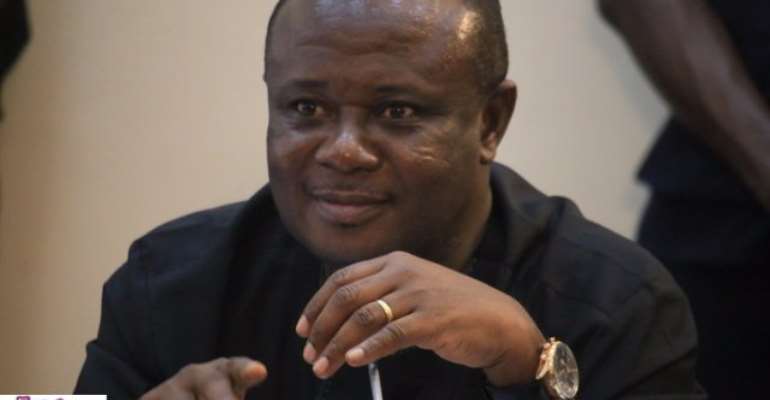 First Deputy Speaker of Parliament, Joseph Osei Owusu, on Thursday cautioned Members of Parliament (MPs) who sign the attendance register and later run to other matters, not related to the House, to desist from the practice, or be sanctioned.

“There are some people I have noted; every day I check, their names are here but I have not seen them here in a whole month. That practice is bad. For those who have other official assignments, the standing orders are clear, seek permission from the Speaker.

“But we should not encourage the practice where people either enter their name and go and do their private business or sit in their office and watch proceedings and claim that they are in the chamber,” he said.

The Deputy Speaker gave the caution after Mr Sam Nartey George, MP for Ningo Prampram had raised concerns, when proceedings for the day began on the floor of the House about the very high rate at which some MPs sign the register of the House, but are later not seen during parliamentary work for the day.

Mr George was reacting to a protest raised by Dr James Klutse Avedzi, MP for Ketu North and Chairman of the Public Accounts Committee, during the correction of the Votes and Proceedings for the previous day, for being marked absent even though he was present.

Sam George has claimed that some members of the House do not come to the chamber but manage to get their names on the attendance sheet of the house.

Mr George said: “Mr Speaker this is an honourable house of parliament, can we all be truthful to ourselves and to God. That if we take today’s vote and proceedings, the names marked present, were they really present in this chamber or even at committee?

“There are some names that we can mention here that appear present every day but we have never seen them here. Even the State of the Nation address, they don’t even attend yet the names appear. So is it that there is a way to get your name marked present even when you are not present?

“Maybe because I’m a first time member I have not been initiated yet. We need to really look at this carefully and find a true way of marking members present whether they are in the chamber or committee level.”

Mr Osei Owusu, giving the caution, told the legislators: “If you claim to be in traffic and you are found to be doing something else, that is a matter that is reproachable at the privileges committee and I encourage members to look at this issue.

“Committees that are sitting should come to the chamber first. That has been the ruling since I came to this House.”

Mr Patrick Yaw Boamah MP for Okaikoi Central, in a rebuttal called for caution in comments relating to parliamentary attendance, so as not to create disaffection for the MPs and give a negative image about members.

He called on Mr George to clarify his allegation, saying that “perhaps it was a slip of the tongue that some people are always marked present.

You see bad news travels and this is what might be reported. The image of this House keeps sinking every day due to the conduct of some members.”

The news of absenteeism comes in the wake of trending report of a survey conducted by the Political Science department at the University of Ghana, which had it that a majority of the respondents representing 46.7% do not want their incumbent MPs to contest in the 2020 general elections while 42.4% want their MPs to contest, with 10.9% still undecided on whether their MPs should contest or not.

Professor Mike Oquaye has often expressed concern about the poor attendance of MPs and urged them to “come and let’s work.”