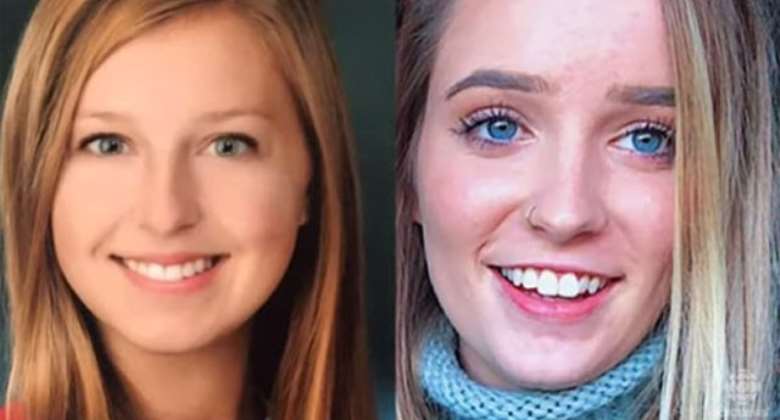 The two Canadian women who were rescued in Kumasi last Wednesday after they had been abducted from the Royal Gulf Club in Kumasi on June 4, 2019, have arrived safely in Canada.

Daily Graphic sources at the Kotoka International Airport indicate that the flight, operated with a Boeing 747-436 series, took off at 11:07 p.m., after a 30-minute delay, but landed almost on schedule at 6:10 a.m. at Heathrow to a waiting private jet arranged by the Canadian government to fly the two to their home country.

They were met on arrival in Canada by government officials and family members.

The two were students of the University of New Brunswick and were in Ghana as part of a school internship and were working with Youth Challenge International, a Toronto-based non-profit organisation.

Tilley is from Rothesay, New Brunswick, while Chitty is from Amherst, Nova Scotia in Canada.

Meanwhile, the Criminal Investigations Department (CID) of the Ghana Police Service is taking statements from the eight suspects who were arrested after the women had been rescued and flown from Kumasi to the CID Headquarters in Accra.

Sources at the CID told the Daily Graphic that the suspects would be arraigned today on charges of kidnapping.

The Minister of Information, Mr Kojo Oppong Nkrumah, announced at a press conference last Wednesday that five Ghanaians and three Nigerians were taken into custody after the security agencies had raided a building in a Kumasi suburb where the women were being held.

According to the minister, Ghana’s security agencies worked together on the rescue operation, but no “foreign assets” were involved.

He said gunshots were fired on the premises where the women were held but he did not specify who fired them, but added that one of the Nigerian suspects sustained a minor injury when they were apprehended.

The National Security, the CID, the Bureau of National Investigations (BNI), the Special Weapons and Tactics Unit (SWAT) and Defence Intelligence were the agencies that combined forces to undertake the successful operation.

Mr Nkrumah said one of the suspects was first arrested about 7 p.m. last Tuesday, with the suspect harbouring the two women arrested later that day.

“The whole operation lasted 25 minutes, and in the end all the suspects were arrested and are currently assisting the police in their investigations,” he said.

The two Canadian women were unhurt following their ordeal. They went through emotional and psychological support from professionals before they travelled back home.

The two Canadian students were in the country working as volunteers with an international charity when the armed men seized them in Kumasi on Thursday, June 6, 2019.

A 30-year-old Indian was kidnapped at gunpoint in Kumasi in April. His abductors sent photos with a gun pointed to his head to his family, demanding a $500,000 ransom.

A 28-year-old Nigerian, Samuel Udoetuk Wills, has been arrested in connection with the girls kidnapped in Takoradi.

Police said during interrogations, Udoetuk Wills disclosed that one John Nweke, also a Nigerian, was keeping the girls.