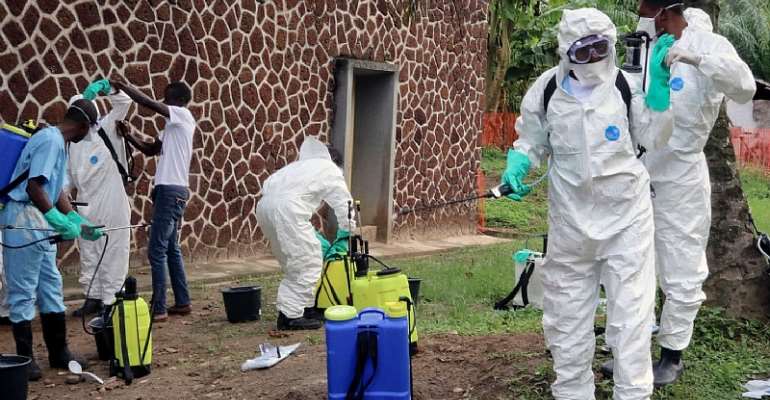 The World Bank Africa Region on Thursday, June 16, 2019, screened a documentary on Ebola highlighting the immense accomplishments under the Ebola Recovery and Reconstruction Trust Fund (ERRTF) as well as covering the response efforts by governments and international and national partners since its inception in September 2014.

The documentary, titled ‘Resilience Rising’, runs for close to an hour and details how the funds set aside by the World Bank, -$1.6 Billion- helped the three most affected countries – Guinea, Liberia, and Sierra Leone - during a time when the containment of the epidemic became nearly impossible.

The epidemic which continues to be described as the most widespread outbreak of Ebola virus disease (EVD) in history, led to major loss of life (killing thousands of people) as well as socioeconomic disruption in the three neighboring countries.

Having outdoored the ERRTF back in 2014 to fight the epidemic and help the 3 countries get back on their feet, the World Bank screened a documentary at their office in Accra on Thursday, June 13, 2019, detailing the results accomplished under the program together with how countries can protect itself from future occurrences.

The World Bank Africa Region also concurrently screened the documentary in the 3 countries, specifically in Conakry, Freetown, and Monrovia.

The documentary also features an interview with the former Liberian President, Ms. Ellen Sirleaf-Johnson speaking about the importance of the Bank’s support at the height of the crisis.

Despite the tragedy of a devastating pandemic such as the 2014-2015 EVD crisis in West Africa, it has taught the Bank and the international community some important and hard-earned lessons that have helped improve our global response to similar pandemics.

According to the World Bank, the crisis helped to understand that immediately available financing matters, and they have since developed new tools such as the Pandemic Emergency Financing Facility (PEF) and the adaptation and routine integration of existing tools such as the Contingent Emergency Response Component (CERC) in IDA operations. To date, the cash window of the PEF has been activated to address the 2018 EVD outbreak in DRC.

In addition, Preventative ‘health’ measures have been made cheaper to reduce human suffering compared to getting the disease. Because of the crisis, the WBG launched the first of the purpose-built disease surveillance and response operations, the West Africa Regional Disease Surveillance Systems Enhancement (REDISSE) Program. The program continues to be rolled out through Africa.

This together with many other initiatives from the World Bank is aimed at preventing and ensuring rapid response to any future epidemic that will arise on the continent.