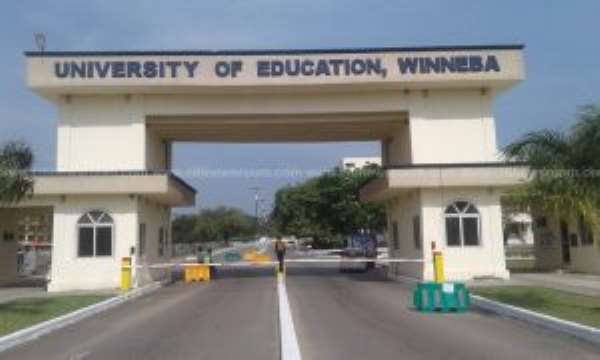 “When you practice a convention for a period, it doesn't make it a law. What used to be where senior most professors were nominated, things have now changed. We need to revisit our statutes and use what the statutes say. The nomination should be avoided. Whoever is interested and qualified per the statutes should avail himself or herself to be elected.”

A senior lecturer and former UTAG President, Dr. Frimpong Kaakyire Duku has sued the University of Education, Winneba (UEW) over what he says is discrimination and illegality being perpetuated with the processes for the election of a Pro-Vice-Chancellor.

He alleges in his suit that participation in the process is being limited to a chosen few to the disadvantage of other equally qualified persons.

Dr. Duku told Citi News that the unlawful conventions must be immediately discontinued to allow for the right processes to be used in the selection.

Meanwhile, the University says it has suspended the purported election of the Pro-Vice-Chancellor following service of the suit on them.

The Public Relations Officer for UEW, Ernest Azutiga in a Citi News interview said, “We've been served with Dr. Duku's application seeking among other reliefs a restrain on the Pro-VC election and out of respect for the courts, the University has suspended the elections. And so we will follow the due process and see what comes out of it.”