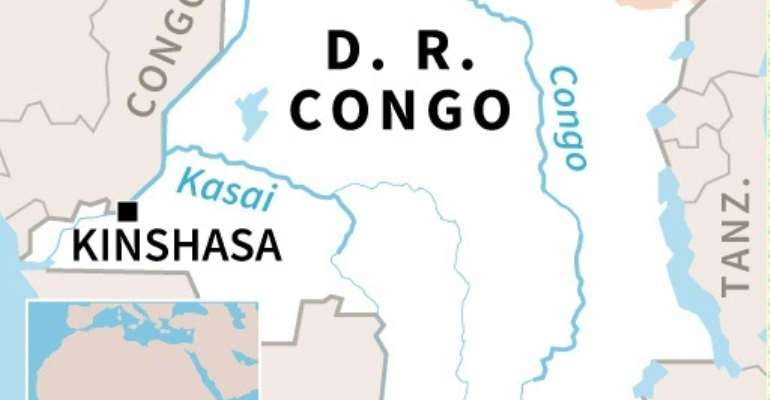 At least 50 people have been killed in violence over several days in Ituri, a volatile province in eastern Democratic Republic of Congo, by still unidentified assailants, local officials said Thursday.

"As of the day before yesterday, we had a figure of some 50 (dead), but it's true, we are aware that there are other cases," governor Jean Bamanisa Saidi told AFP.

Other sources said the toll could be 60 or more than 70.

The fighting began last Friday and escalated on Monday, affecting the territory of Djugu north of the provincial capital of Bunia, and causing many people to flee their homes, the sources said.

The cause of the flareup was not immediately clear, but it occurred in a region where tens of thousands died in clashes between the Hema and Lendu ethnic groups between 1999 and 2003.

The deputy head of the UN peacekeeping force in the DRC, General Bernard Commins, told a press conference on Wednesday that the two communities had suffered fresh violence.

"I can tell you that we have even been the target of firing against our helicopters and a patrol only yesterday (Tuesday)," he added.

A Hema leader, Pilo Molondro, told AFP that 49 deaths had been recorded since the start of the week, and "all communities are in mourning".

A head of the Lendu community, Joel Mande, said: "We have recorded 40 deaths since Monday, after a trader and his colleagues were killed. The toll could reach 60."

Authorities however have not released an official death toll.

But a humanitarian and diplomatic source said, "Between the 8th and 11th of June, more than 72 people have been killed in a dozen different localities in Djugu and Irumu."

The violence has forced many people to flee their homes, the governor said, a situation confirmed by a MONUSCO spokeswoman.

As Ituri struggles with this latest outbreak of violence, the province along with neighbouring North Kivu on the DRC's eastern border is trying to roll back an epidemic of Ebola that has claimed more than 1,400 lives in the country since last August.

In another eastern province, South Kivu, the Congolese army announced Thursday that nine militiamen were killed in two attacks against the armed group. Soldiers also destroyed a rebel camp, according to army spokesman in the region, Dieudonne Kasareka.