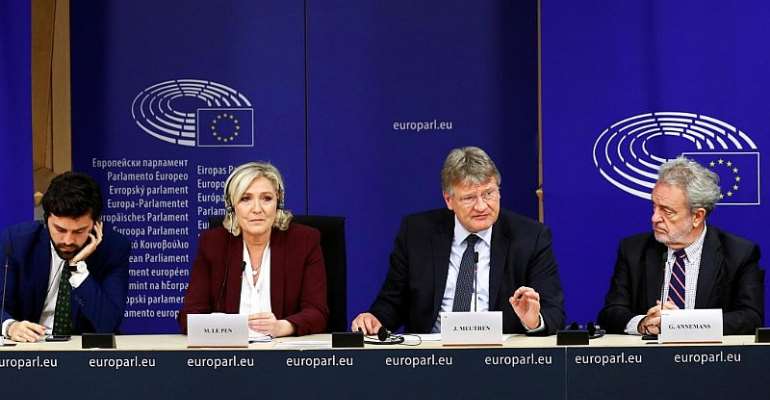 The leader of France's far-right National Rally Marine Le Pen has announced a new group in the European Parliament to unite eurosceptics from across the continent.

The group, calling itself Identity and Democracy (ID), brings together the National Rally, along with the League party of Italy, the Alternative for Germany, and nationalists from other countries, including Austria, Finland and Denmark.

"We have changed the political chessboard of the European Union," Le Pen said of the members of the group who won 73 of the 751 seats in the new Parliament, which will hold its first plenary session on 2 July.

Britain's Brexit party and other eurosceptics have scattered across different groups in the assembly.

Parties have overcome differences in order to unite under ID, whose stated goals are to return power to European member states, curb immigration, and prevent the spread of Islam in Europe.

ID will be the fifth-largest group behind the Greens and it replaces the Europe of Nations and Freedom group, which held 36 seats in the previous parliament.

It will not have enough seats to block or hold up legislation, and the different lawmakers might have trouble putting forward coherent policy, as they have different social and economic policies.