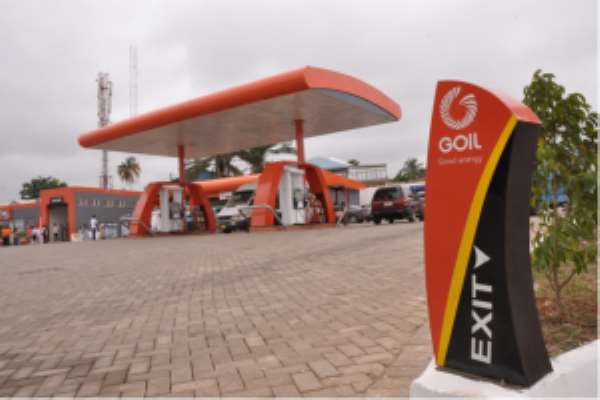 Following the Ghana Standards Authority (GSA) report indicating some fuel stations for underdelivering fuel, the Ghana Oil Company (GOIL) says technical hitches may have caused the situation and not deliberate.

After a tour of the Mile 11 Goil station, Mr. Darke said “there is no way we will deliberately reduce the levels to cheat our customers. You know GOIL; we always try to serve the right quantities to our customers.”

Mr. Darke noted that GOIL was aware of the potential of such problems and had checks in place to rectify such anomaly.

“We have a system in place [to check such issues]…We also, occasionally go round to verify. Where there are problems, we rectify them. Maybe it is unfortunate this thing has happened. Maybe they got to the station when the issues had not been rectified.”

GOIL was among ten oil companies that were cited for under delivering fuel to consumers after unannounced visits to 65 fuel stations by the GSA.

Two other companies; Galaxy Oil, Spintex Road and Agapet, Spintex Road were found to have broken the GSA seal without permission.

The Chamber of Petroleum Consumers (COPEC) called the report unsurprising and called for severe sanctions.

“We know that some fines had been applied but it looks like the fines have not been deterrent enough to stop these recalcitrant OMCs who decide to just adjust their pump to cheat consumers. So we are asking that the fines be made heavy and deterrent enough so that if you catch a station having adjusted their pumps and cheating consumers, maybe you should give the whole day or the whole week for the same people who bought fuel and were cheated to go back there and fill their tanks for free because this GH¢ 5,000 is woefully inadequate to stop these OMCs from this sort of practice,” the Executive Director of COPEC, Duncan Amoah said.