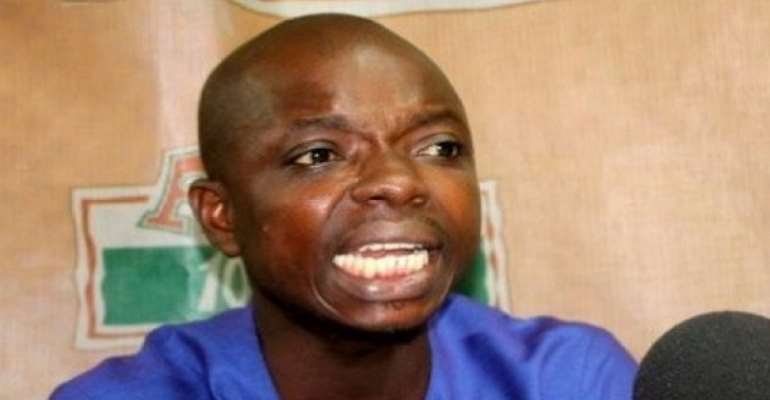 The ruling New Patriotic Party Bono Regional Chairman, Kwame Baffoe popularly known as Abronye DC has opined that the opposition NDC's today's press conference was nothing purely than to hit their mudslinging tactics at the ruling party.

The NDC through its National Communications Officer, Sammy Gyamfi invited the media for an emergency press conference today at the party's headquarters.

The main agenda for this press conference has not made known to the media.

But in a press statement issued and signed by the NPP Bono Chairman, copied to the media, Abronye DC noted that the NDC's main agenda for its impending press conference is to attribute extricate themselves of the recent kidnappings.

"The NDC will today try to attribute the kidnapping incidents to the NPP. They will try to link one alleged suspect Seidu Mba to the NPP", the statement read.

It has become a common phenomenon that, the Sammy Gyamfi led propaganda directorate of the NDC is only good at organising press conferences because that is his major source of income.

Anytime Sammy Gyamfi organizes a press conference, he goes around to solicit for funds from certain business men.

WHAT TO EXPECT AT THE NDC PRESS CONFERENCE TODAY.

The NDC will today try to attribute the kidnapping incidents to the NPP.

They will try to link one alleged suspect Seidu Mba to the NPP.

Today, Sammy Gyamfi will show some edited photos of Seidu Mba to depict that the said Seidu Mba is associated with NPP where in actual fact, he is not.

Sammy Gyamfi will go ahead to read online news text, facebook and social media messages to point that, Seidu Mba is NPP and a member of the Delta force in the Ashanti Region.

All Ghanaians must note that, all these things which will be done by Sammy Gyamfi this afternoon is imaginary, forged and fake to every extent.

The reason for these actions by Sammy Gyamfi is to equalize, apportion and lift the blame unto the NPP

There is no piece of truth in the said evidences which will be adduced by Sammy Gyamfi. Everything is forged.

I will like to urge all Journalist who will be present today at the press conference to be vigilant and ask vital questions.