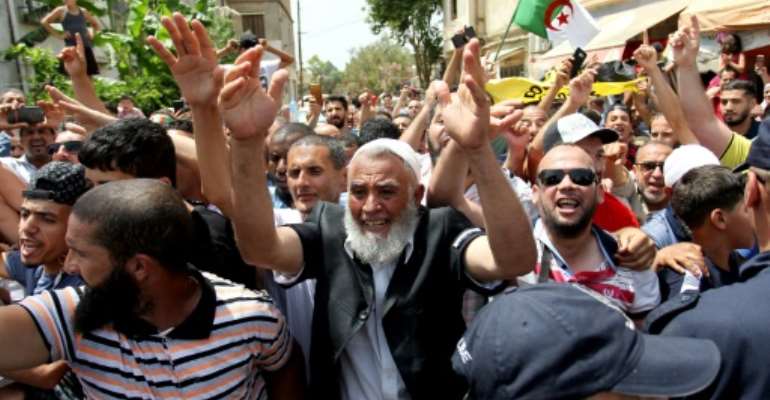 Protesters demonstrate as Algeria's former prime minister Abdelmalek Sellal is driven to custody in Algiers on June 13. By - (AFP)

Algeria's former prime minister Abdelmalek Sellal was remanded in custody Thursday after appearing before a judge as part of an anti-corruption investigation, state media reported.

The supreme court decision against the ally of ex-president Abdelaziz Bouteflika comes a day after another former premier, Ahmed Ouyahia, was also remanded in custody.

The two politicians are among numerous high-profile figures to be drawn into graft probes since Bouteflika was forced to step down in April following weeks of mass protests.

He was sacked in March amid mounting public opposition to an attempt to place Bouteflika on the ballot again despite the veteran president's ailing health.

On Thursday, private channel El Bilad broadcast footage of crowds waiting for Sellal's arrival outside El Harrach prison, in an eastern suburb of the capital Algiers.

Both Sellal and Ouyahia are being held over cases relating to the misappropriation of public funds, abuse of office and granting undue privileges, according to the official APS news agency.