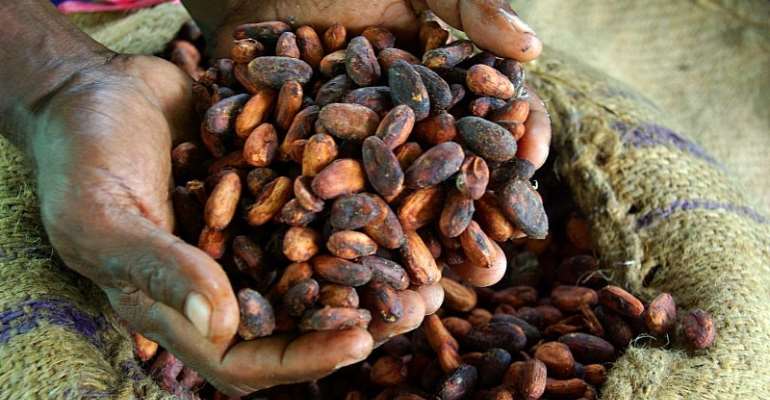 Key cocoa producers in Côte d'Ivoire and Ghana have successfully banded together to stop future sales in order to demand higher prices for their raw materials, in an effort to get a fairer share of cocoa revenue.

"Côte d'Ivoire and Ghana have suspended the sale of the 2020/2021 crop until further notice for preparation of the implementation of the floor price," Ghana Cocoa Board CEO Joseph Boahen Aidoo said at a press conference on Wednesday.

Cocoa farmers, tired of a tiny income as buyers reap the benefits, demanded 2,300 euros ($2,600) per tonne floor price from buyers, who make large profits by selling chocolate to big manufacturers.

"Over the years it has been the buyers who have determined the price for the suppliers," he told reporters.

Calling the move “historic”, Aidoo said that their demand was accepted, but a follow-up meeting in Abidjan on 3 July is necessary in order to work out how to implement the new pricing.

Scepticism
Cocoa producers are tired of disrespect from the industry, according to the National Association of Producers of Côte d'Ivoire (ANAPROCI) President Kanga Koffi.

He says that the pricing set by the state is at 1.14 euros per kilo, but the actual price given is only between 76 euro cents and 1.06 euros per kilo.

He is sceptical of the gains the farmers have won.
“We are waiting to see what will be the real impact on the ground for producers,” said Koffi. “Côte d'Ivoire has already disbursed 58 million euros of subsidies, but the producers have not benefitted,” he added.

Given the official and unofficial pricing for Ivorian producers, Koffi maintains that 1.52 euros per kilo would be a fair price.

Although the producers demand for higher pricing appears as positive, others see the farmers from the neighbouring countries banding together as an even bigger benefit.

Cocoa prices fell in 2016-2017, creating a crisis for famers in both countries, so agreeing on pricing would help other issues, according to Francois Ruf, an economist at Paris-based Agricultural Research for Development (CIRAD).

"The differences in policies favoured smuggling enormously, so a lot of cocoa went from Ghana to Côte d'Ivoire, then from Côte d'Ivoire to Ghana,” Ruf told RFI.

“It took a very long time for the two countries to agree and set prices close enough to reduce the interest in smuggling,” he said.

The economist said that while the two countries have better bargaining power while working together, if in fact the higher price is accepted, other countries could see that cocoa farming is more profitable and create even more competition.