[CCTV Footage] Reveals How The Canadian Girls Were Kidnapped 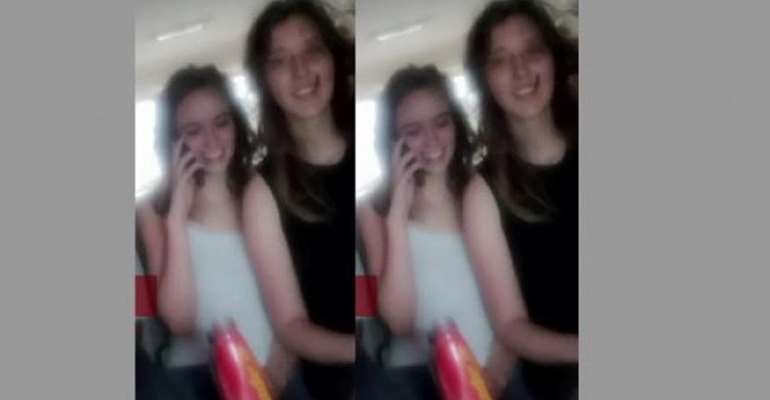 A CCTV footage, sighted by ModernGhana shows how the two Canadian girls were kidnapped at their hostel in the Ashanti Region.

The one minute forty-six seconds footage, captured by a residents CCTV, revealed matching details which were used by the National Security Operatives amongst other ground intelligence gathered for the further investigation leading to the arrests.

In the footage, the Uber was first sighted dropping the girls at their hostel, followed by the kidnappers who drove in a red car. They kidnapped the girls immediately the Uber had left and they sped off the scene.

The kidnappers, eight in number, were arrested on Wednesday in separate operations at Sawaba in the Asokore Mampong Municipality and Kenyasi-Achiase, leading to the rescue of the two Canadian women.

Below is the footage: