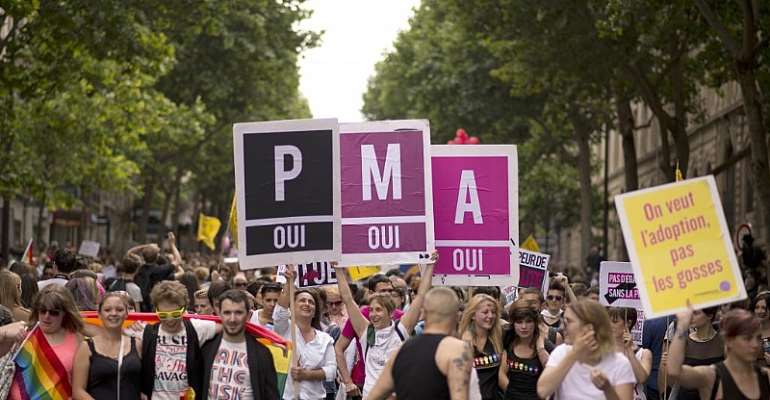 In an address to lawmakers, French Prime Minister Edouard Philippe said the government would finally introduce a bill on medically assisted reproduction, which President Emmanuel Macron had promised during his campaign to extend to all, including single women and lesbian couples.

The prime minister raised the issue while introducing reform measures to launch what is seen as a more socially-focused second half of Macron's five-year term in office.

In his speech Wednesday, Philippe said a bioethics bill that includes a measure to extend access to the techniques to all women, regardless of their marital status or sexual orientation would be presented to ministers at the end of July, to be debated by parliament at the end of September.

The bill was originally to be presented at the end of 2018, after a consultation by the state's bioethics advisory committee, but there was resistance from inside Macron's party that the debate would be too controversial and would overwhelm other legislation that the government wanted to pass.

Philippe said Wednesday that the debate should remain civil.

"I am convinced that we can stage a debate that is serene, deep, serious, and which meets the expectations of our country,” he said on Wednesday.

Access to medically assisted procreation for lesbian couples has been a key issue for LGBT activists in France, pushing for equality. Groups have called for the debate not to be used as an excuse to revive the opposition to same-sex marriage, which was passed in 2013, and which sparked widespread protests for months.

The Mainf pour Tous, the organisation behind the anti-gay marriage protests, said that it is ready to be mobilised “in the long term” against allowing anyone access to medically assisted procreation. Opponents say it opens the door to surrogate mothers, which Macron and others have said they do not support.