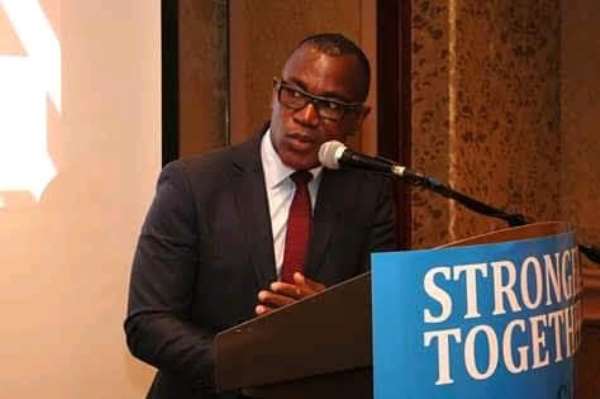 Dr Prosper Ladislas Agbesi, 2016 Presidential Candidate for Alliance for New Congress (ANC) of Benin, has called for an intervention from the leadership of the Economic Community of West Africa States ( ECOWAS) Sub-region in the political upheaval in Benin to save lives and property.

According to him, the establishment of a government of National Unity is much needed in order to restore peace and democratic rule in the country.

Post-election violence has erupted Benin with some armed soldiers in an uneasy standoff with civilians on the streets of the capital Cotonou.

The situation put security forces on high alert following days of post-election unrest, forcing some residents to flee from homes.

The parliamentary election was conducted sometime in April this year but without any of the opposition parties participating.

A protest march on the streets of Cotonou by opposition parties demanding cancellation of the parliamentary election results was scattered by military men.

This Dr Agbesi in an interview with Journalists in Accra called for intervention from the international community to restore peace and harmony.

He said, the ongoing post-election violence indicated, President Patrice Talon, has failed the good people and so must step aside for new elections to bring the country back to peace.

The ANC leader gave president up to 90 days ultimatum to resign for lack of confidence reposed on him by the people of Benin, citing insecurity, the collapse of businesses and the bad name the country registered in the eyes of the international community.

"Mr Talon has been president for only three years but the people have demonstrated clearly that they are not comfortable with him. By the constitution of Benin, he is not our president. He is creating fear in the country. Many people have gone on exile because they are in fear,” Dr Agbesi stated.

Dr Agbesi said there was no doubt that President Patrice Talon has become very unpopular in the country, for which reason he is making moves to change the constitution through strange and unconventional means.

Prior to the parliamentary elections in Benin, the Electoral Commission of that country promulgated a new law that disqualified all other political parties except the President Talon party and that led to huge apathy with only a fraction of the people turning up to vote on the Election Day.

This, Dr Agbesi, accused President Talon of causing the abuse of the democratic rights of the people of Benin and called on the ECOWAS not to recognise him as the President of Benin.

He further accused President Talon of being in an alliance with terrorist groups in the sub-region, for which reason he is unwilling to step down.

In the interim, Dr Agbesi called for the formation of a unity government comprising all political leaders, including those who are gone on political exile for fear of their life's.