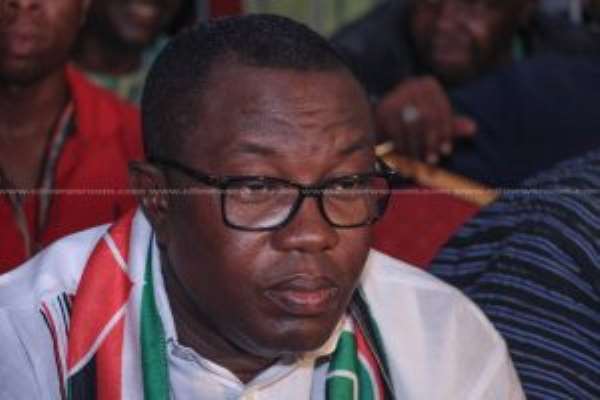 Samuel Ofosu Ampofo, who was granted bail by Police on Tuesday, is expected to report to the Headquarters of the Criminal Investigations Department today, Thursday.

The National Chairman of National Democratic Congress (NDC) is being investigated over the recent kidnapping and arson cases in the country.

The incidents come after the NDC Chairman was heard in a leaked audio allegedly inciting party supporters to frustrate the Chairperson of the Electoral Commission (EC), Jean Mensa and the Chairman of the National Peace Council.

There was also mention of kidnappings in the said leaked audio.

There has been a series of kidnappings since the leaked tape surfaced.

But the Director of Legal Affairs of the NDC Abraham Amaliba has said that the party will fully cooperate with authorities in the investigations and will produce Mr. Ofosu Ampofo as expected today.

“We'll be at the CID Headquarters, and we are billed to report at 2pm. Our understanding is that they will need to access the electronic gadgets which they took away from him which are the two phones and the laptop. They will want him….so that they can access the information in there and find out whether he is connected to the people who mentioned his name. We will make him available. We have indicated that once they have an arrest warrant, we are going to cooperate fully. We do not intend to impede the CID from doing their work.”

Chaos during inauguration of Parliament unjustifiable – Bagb...
43 minutes ago

Bagbin declares NPP as Majority with Fomena MP
43 minutes ago