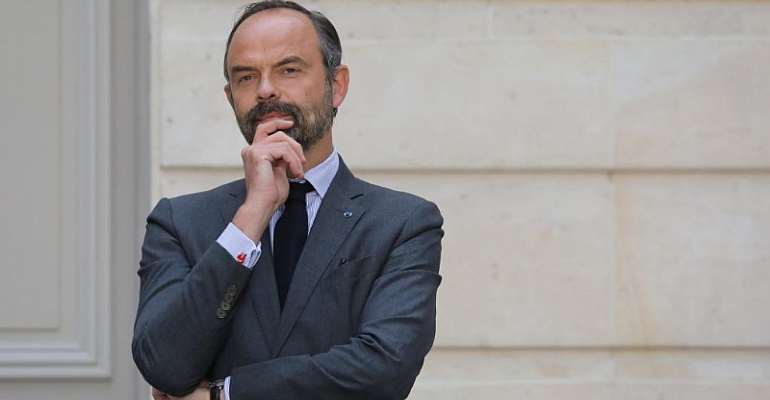 Today, the French Prime Minister Edouard Philippe gives his annual general political address to parliament. He faces the tough task of putting words to the music hummed by president Emmanuel Macron during his April press conference.

This is the occasion for the executive team to turn the page on the Yellow Vest protests, and lead us all into a brave new world of reform and reorganisation.

The papers are going to town, with predictions, prognostications and previsions.

Le Monde is a bit confused too, metaphorically speaking, with the prime minister firmly in the front line, from where he is expected to launch the second act of this presidency.

Le Figaro is having no such flights of linguistic fancy. “After months with the brakes on, Philippe tries to get the government machine rolling again,” is how the right-wing daily summarises the task.

And now for something completely different
Left-leaning Libération wonders if we're just going to be offered more of the same, or if the executive odd couple will actually propose something new. Libé notes Edouard Philippe's recent admission that the characteristic error of the first 24 months of this government has been to provide good answers to questions which the average voter doesn't understand, thus widening the gap between those who know and those who have to put up with it because they haven't a clue.

That doesn't necessarily guarantee a change of political direction, but it might mean that we get more preliminary explanation from the chaps in charge. That, I suppose, is an inevitable result of the gilets jaunes movement.

And it suggests the tone in which today's pronouncements will be offered.

Everyone agrees that there's a lot to be done

Pension reform, medically-assisted parenthood and the budget are the top topics, each of them potentially explosive. We're talking about the need to cut costs in the social security sector, without cutting the throats of the nation's retirees, key actors in the Yellow Vest movement. Medically-assisted father and motherhood is an ethical minefield, sure to mobilise the vocal forces of the Christian right. And the budget, given the hard times that are in it, will means cuts, left, right and centre, which will annoy everybody else.

Le Monde says Edouard Philippe has no real flexibility on the content, all he can control is the timing.

The pension problem is the killer for Le Monde. The government has promised to re-align the 42 different current regimes, to put us all on the same points system. That's great news for those who are disadvantaged by the way things are, but will be fightin' talk for civil servants and train drivers, beneficiaries of some of the special schemes currently in place.

Did some joker say "boom"?
That's political dynamite, according to Le Monde, and it could start smoking at the edges if the Macron-Philippe tandem decides to advance the calendar of reform so as to make badly-needed short-term savings.

Libération wonders what place will be given to the alleviation of poverty and to the ecological question, especially in the wake of the recent European elections where the various Green contingents have shown that they are a force to be reckoned with.

With apologies to those whose mixed metaphors I have already criticised, to keep all of those plates spinning, Edouard Philippe is going to have to come up with some fancy footwork in today's speech.