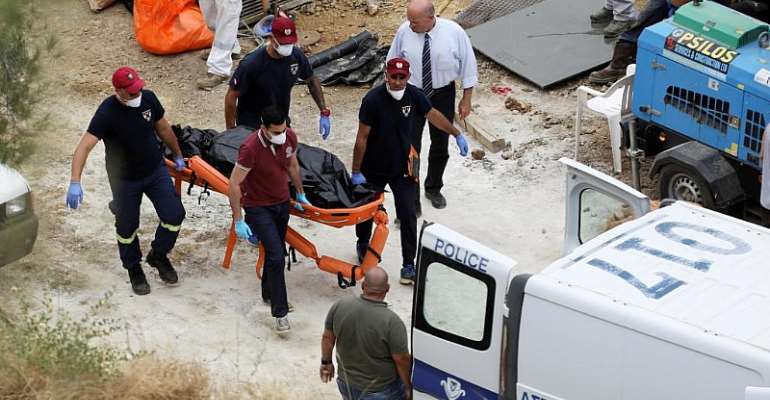 Police divers have discovered a small body at the bottom of a man-made lake near Mitsero, Cyprus. The authorities believe they are the remains of a six-year-old girl, a victim of a serial killing spree allegedly carried out by a Cypriot army captain.

Police believe this is the seventh and final body that the 35-year-old man confessed to killing over a two-and-a-half-year period.

An official who spoke to Associated Press said that the body had been tied to a cement block with a rope.

The self-confessed serial killer is the first time that a string of murders have been committed in Cyprus.

Police Chief Kypros Michaelides, who was on hand when the body was brought up, said it was the first time in 42 years of working on the force that he had seen such brutality.

The suspect in custody confessed to murdering five women and two children, all foreign nationals. Authorities believe that the victims include women from the Philippines, Romania and Nepal. Employed as housekeepers, they disappeared between September 2016 and August 2018.

Forsensic experts have identified five of the bodies and examined 465 items of evidence. The first body, of 30-year-old Philippina Mary Rose Tiburcio, was found on 14 April.

At least some of the victims had met the alleged killer on an online dating site.

Police are looking for anyone who was in contact with a man who went by the name “Orestes”. Two of the victims had an account on the dating site.

According to the Cyprus Mail, the English-language paper on the island, the suspect appeared in Nicosia district court last week without a lawyer. Police investigator Ioannis Yiorkadjis spoke to the court to discuss the development of the probe. The suspect was remanded again for 48 days before charges are handed down.

The suspect is slated to be charged next Friday with multiple murders, kidnapping, rape, abduction, indecent assault, obstruction of justice, and attempting to destroy evidence.