WHO calls emergency meeting after Ebola spreads to Uganda 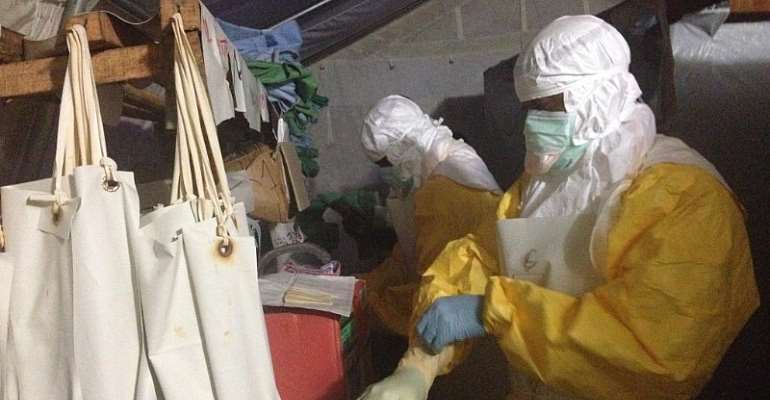 The World Health Organization has convened an emergency meeting after it was confirmed that a boy had died from the Ebola virus in Uganda. The five-year-old had travelled to neighbouring Democratic Republic of Congo, where an outbreak began a year ago. Two of his relatives have also tested positive.

The WHO emergency committee is to meet on Friday to decide whether to declare a public health emergency of international concern.

The five-year-old boy is the first confirmed Ebola case outside the Democratic Republic of Congo, since an outbreak began there a year ago.

The boy and his five family members had crossed into Uganda from DRC on Monday evening to bury his grandfather, suspected to have died of Ebola.

He returned with fever, abdominal pain and vomiting and was placed in isolation at a hospital in Bwera, near the Congolese city of Butembo.

His other Congolese family members are also being treated at Bwera as health workers scramble to reduce the spread.

Uganda's Health Minister Ruth Acheng who travelled to Bwera on Wednesday morning, urged Ugandans to "cooperate with our health, immigration and security officials to ensure effective screening to prevent spread of Ebola to other parts of the country."

Kampala has been on high alert since the outbreak erupted in eastern DRC last August, where more than 2,000 cases of the highly contagious virus have been recorded.

In preparation for an eventual outbreak, Uganda vaccinated nearly 4,700 health workers in 165 health facilities, including the one where the five-year-old boy was treated.

Vaccination campaign
The ministry is offering vaccinations to those who have come into contact with the patient and at-risk health workers who were not previously vaccinated.

Authorities are also appealing to communities in all border districts to suspend market days and mass gatherings.

The Red Cross meanwhile said it was scaling up efforts to contain the spread of the virus since it was detected in Uganda.

"This is a worrying development, but we have been preparing for this day for months now," Robert Kwesiga, Uganda Red Cross Secretary General, said in a statement Wednesday.

The United States has pledged to continue providing assistance to Kampala, saying it had full confidence in the government's ability to respond to the outbreak.

Global emergency
Efforts to contain the virus in the DRC however, have been hampered by both militia attacks and the hostility of some local people to the medical teams.

The outbreak is the tenth in the Democratic Republic of Congo since the disease was identified in 1976.

Ebola is an aggressive viral disease that is transmitted to people from wild animals. It spreads among humans through close contact with the blood, body fluids, secretions or organs of an infected person.

The largest Ebola outbreak in history ravaged the West African nations of Guinea, Liberia and Sierra Leone from 2014 to 2016, killing more than 11,300 people.

Health officials held crisis talks Wednesday as they mulled whether to declare a global health emergency. It has twice stopped short of doing so, partly because the disease had not crossed borders.

But this first cross-border case could raise pressure on the WHO to be more aggressive in its response to the outbreak.