Uncertainty and violence in Sudan 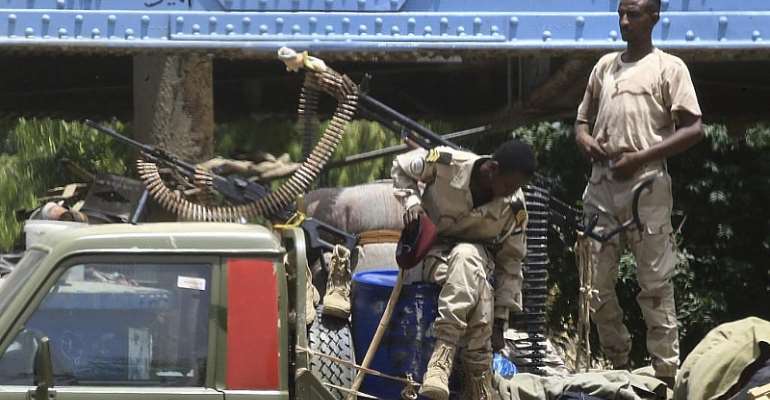 Uncertainty prevails in Sudan as a US envoy is expected in Khartoum to attempt to defuse the deadlock between the military rulers and the opposition. Meanwhile, a feared paramilitary group accused of war crimes in Darfur creates havoc in the capital.

The civil disobedience campaign in Sudan ended on Tuesday evening and Mahmood Driir, the Ethiopian mediator, said that talks will soon resume between the Transitional Military Council (TMC) and the protest leaders. Driir added that the TMC, which ousted former President Omar Al Bashir on 11 April, agreed to release political prisoners.

Talks broke down following a military crackdown on 3 June in Khartoum which killed over 120 people, according to the Central Committee of Sudanese Doctors. The Rapid Support Forces (RSF) and the Janjaweed militia are allegedly responsible for ensuing exactions on civilians.

“The RSF and the Janjaweed are the same. The Janjaweed is a terminology we use to describe paramilitary pro-government militia largely recruited from the same communities in Darfur,” explains Jehanne Henry, associate director of the Africa division of Human Rights Watch.

The RSF is a “formalised group” set up in 2013 led by the deputy head of the TMC, General Mohammed Hamdan Dagalo, known by his nickname Hemedti.

He is a former Janjaweed commander who fought in Darfur. The Sudanese government, under Omar Al Bashir, recruited, equipped and trained militias known as Janjaweed as early as 2003. The government used the Janjaweed militias to fight alongside the army in its counterinsurgency campaign in Darfur.

Darfur tactics in Khartoum
Henry says that there is no doubt Hemedti ordered the 3 June attacks on civilians.

“The tactics that the RSF used in Khartoum against protestors remind us of the tactics they used in Darfur. They burnt the tents down, they shot into the crowd and killed people.

“And we are now getting very disturbing reports of sexual violence, and sexual violence was one of the hallmarks of the campaigns in Darfur,” Henry declares.

Bashir Nouri is one of them. His 14-year-old son, Audaï, was killed last week by the RSF while crossing a road.

“My son was a shot in the chest…. I don't know what hit him but it must have been a large calibre weapon because his guts were spilled on the ground. And he wasn't hit by a stray bullet. He was very clearly targeted. Then I saw the RSF talking and joking as if nothing had happened,” recollects Nouri.

He told RFI he has taken legal action against both the Transitional Military Council and the civilian coalition as he feels they also bear some responsibility by allowing the situation to reach such levels of violence.

Henry believes that the chances of Nouri's case being heard are slim.

“In 2013, the government cracked down very violently on protesters in Khartoum killing almost 200 people at that time. And none of those cases resulted in prosecuting the responsible persons,” says Henry.

Hemedti's swift rise to the top
Hemedti's rapid ascension from Janjaweed commander in Darfur to a key position within the ruling elite in Khartoum would embolden the RSF to brazenly attack civilians, especially in Darfur.

“We have seen Hemedti and the RSF taking on all sorts of tasks over the last few years,” declares Henry. “Including interdiction of migrants near the borders. Hemedti publicly boasted that he is assisting the European Union by managing the migration crisis in Sudan.”

Hemedti showed that he is an apt politician but western countries might reconsider their appraisal after the 3 June events.

Rich backers in the Gulf
In April, Saudi Arabia and the United Arab Emirates pledged 3 billion US dollars worth of aid to Sudan. Then, at the end of May, the head of the TMC, Lieutenant General Abdel Fattah al-Burhan, and his deputy Hemedti, travelled to Saudi Arabia, the UAE and Egypt.

Shortly afterwards, on 3 June, the breaking up of the sit-in and violence against unarmed civilians started.

“It looks as though they have received some kind of cover from their allies in the Gulf and they feel that they can do whatever they want,” comments Henry.

International leverage
Tibor Nagy, the United States assistant secretary of state for African affairs, is due in Khartoum to facilitate talks between the TMC and the protest leaders.

The State Department said he will call for “a cessation of attacks against civilians”.

Nagy spoke with UAE Foreign Affairs minister, Anwar Gargash, who indicated that the region will push for a transition agreement.

The United Nations Human Rights Office and the African Union intend to send a monitoring team to Sudan.

“As always in Sudan, you have a lot of different actors: western countries, various international agencies, the African Union, the Middle East North Africa region. All of these different states have different interests in Sudan and wield different types of influence,” Henry explains.

She added that the US should use its influence more strongly. But does Washington have any leverage on Sudan? Yes, replies Henry.

“I think the US has more leverage that it sometimes likes to admit but it depends on where its priorities are.”

Climate of intimidation
An onion vendor interviewed by RFI's Sébastien Németh was telling him how he wished Khartoum was rid of the RSF when he suddenly changed his tone after someone said he better be careful about what he says if he doesn't want any problems.

Henry is not surprised by this atmosphere of intimidation and censorship.

“Sudan's National Security Agency is a very large and draconian institution that have years and years of practice of rounding people up and detaining them,” she adds.

“People are afraid and the internet shutdown contributes to this, as there is no safe way of communicating to the outside world. They just don't know what is going to happen.”