Shops reopen as Sudan protesters agree to talks with generals 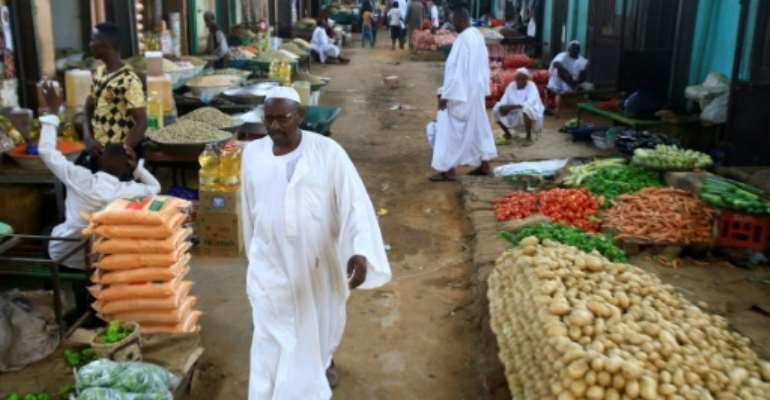 Shops and restaurants began to reopen in Sudan's capital Wednesday after demonstrators called off a nationwide civil disobedience campaign and agreed to new talks, though many residents remained indoors after last week's deadly crackdown.

Diplomatic efforts to resolve the crisis -- triggered by a June 3 crackdown on protesters that killed dozens -- got a boost as the US assistant secretary of state for African affairs, Tibor Nagy, arrived in Khartoum on Wednesday, officials said.

This came after an Ethiopian envoy sent by Abiy announced on Tuesday that the protest leaders and the ruling military council had agreed to resume talks and that a three-day civil disobedience campaign was ending.

Negotiations collapsed last month because the two sides disagreed about whether a civilian or soldier should head a new governing body.

On Wednesday morning an AFP correspondent who toured parts of the capital saw buses waiting for passengers at their stations, while shops in some districts re-opened.

Later in the day several restaurants reopened and street vendors came back to work.

But the main gold market in central Khartoum remained shut, and many residents stayed indoors.

"I'm still staying at my home because I'm worried about the presence of security forces carrying guns on the streets," said Samar Bashir, an employee of a private company.

Other residents told AFP that they stayed at home because internet services -- heavily cut in recent days -- were still not fully restored, making office work difficult.

Street sweepers cleared piles of trash, while long queues at bank cash points returned across the capital and other towns.

"I went to the bank with a cheque and they said there's no money. It seems all the money is just finished," Faisal Suleiman told AFP as he stepped out of a bank in Khartoum.

Sudan has been led by a military council since the generals ousted Bashir on April 11 after months of nationwide protests against his three decade rule.

After Bashir's fall, protesters remained encamped outside military headquarters in Khartoum for weeks to demand civilian rule, until security and paramilitary forces moved in to disperse them on Monday last week.

Around 120 people have been killed since the crackdown began, according to doctors close to the protesters. The health ministry has acknowledged 61 people died nationwide.

The protest movement had initially threatened to pile more pressure on the generals by publishing a list of proposed members of a new ruling body -- the key point of dispute between the two sides -- before backing down.

The protest movement called on its supporters to resume work from Wednesday.

The generals have not yet commented on this development.

The UN Security Council on Tuesday urged all sides "to continue working together towards a consensual solution to the current crisis" and voiced support for African-led diplomatic efforts.

US envoy Nagy is expected to hold several meetings with the generals and protest leaders, and also intends to visit Addis Ababa to discuss the Sudan crisis with Ethiopian leaders and the African Union.

Nagy "will call for a cessation of attacks against civilians and urge parties to work toward creating an enabling environment" for talks to resume, the State Department said earlier this week.