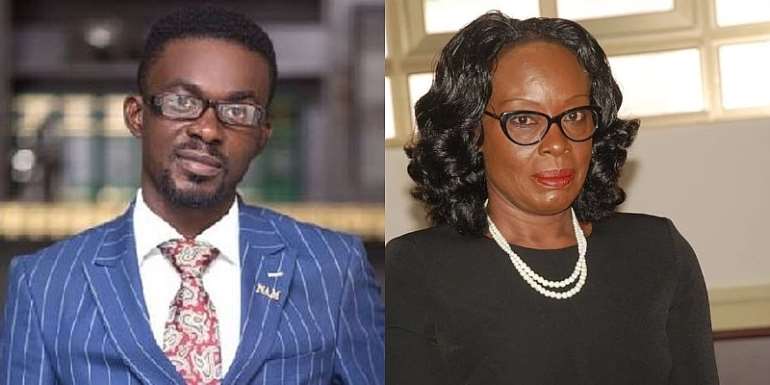 The Coalition of Aggrieved Customers of Menzgold (CACM) has called on the Attorney General, Gloria Akuffo to disclose the assets of business mogul Nana Appiah Mensah aka NAM1, the CEO of embattled gold dealership firm, Menzgold.

Early this year, the bank accounts of NAM1 was reported to have been frozen, and his 40 luxurious cars and mansions secured by the Economic and Organized Crime Office (EOCO).

The aggrieved customers who applauded the move, thinking NAM's assets will be sold to settle their locked up funds, turns out to be disappointed.

A statement issued by the group on Tuesday said "ever since the purported acquittal and discharge of NAM 1 in Dubai in a case that was widely used as an excuse for the delay in action on the Menzgold issue, customers have not seen any serious action by the government in terms of concrete steps being pursued to ensure customers are paid."

The Coalition wants the government to state its position on the Menzgold issue with respect to payment of customers. 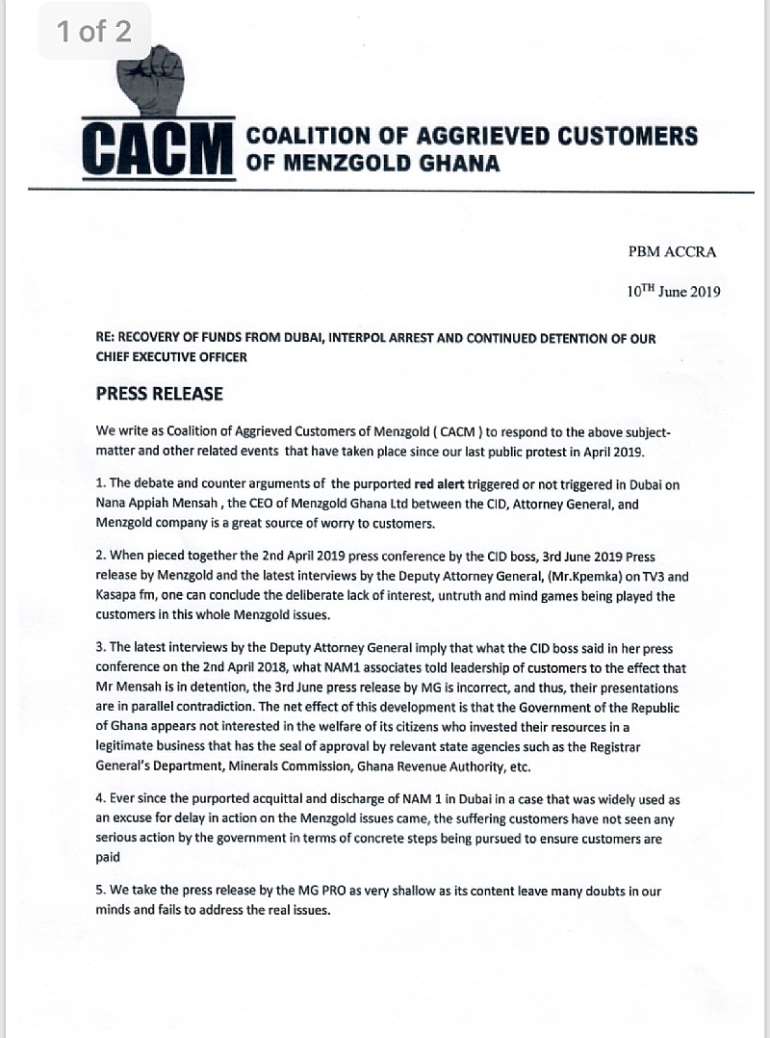 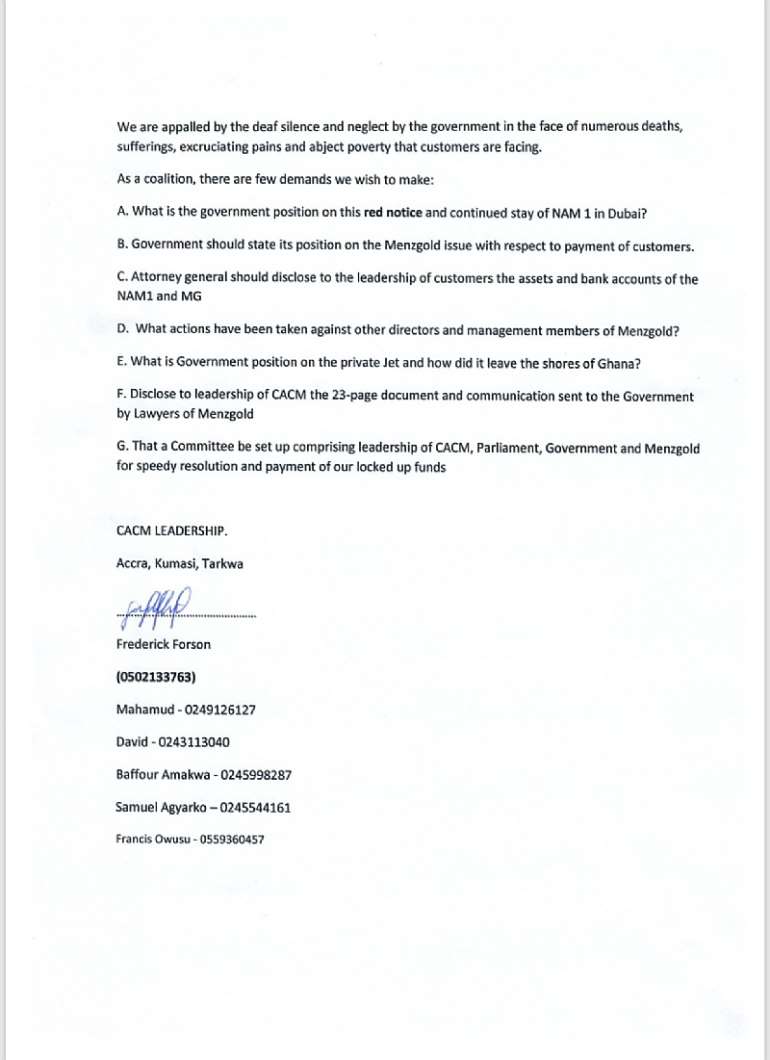 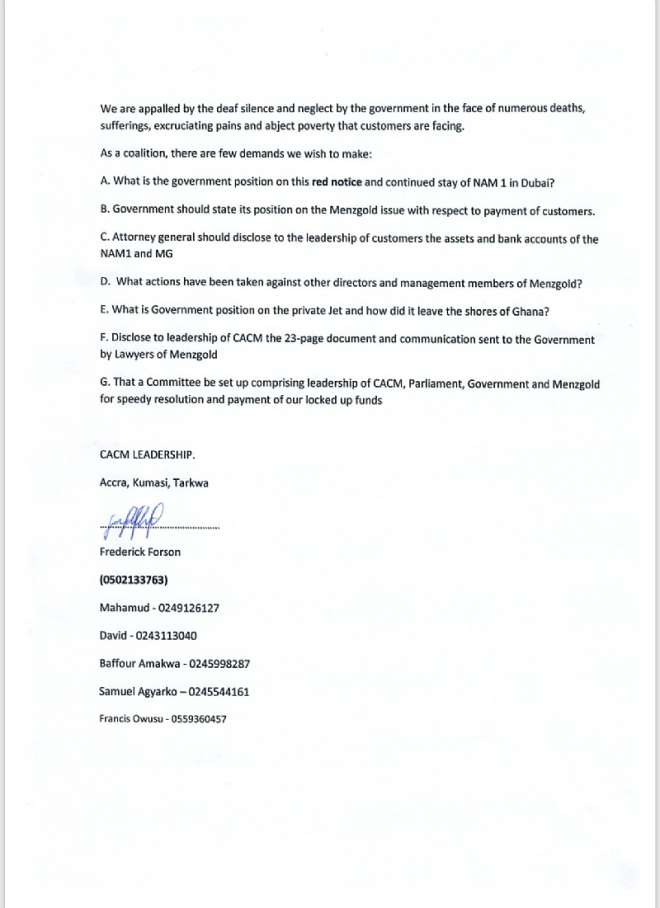 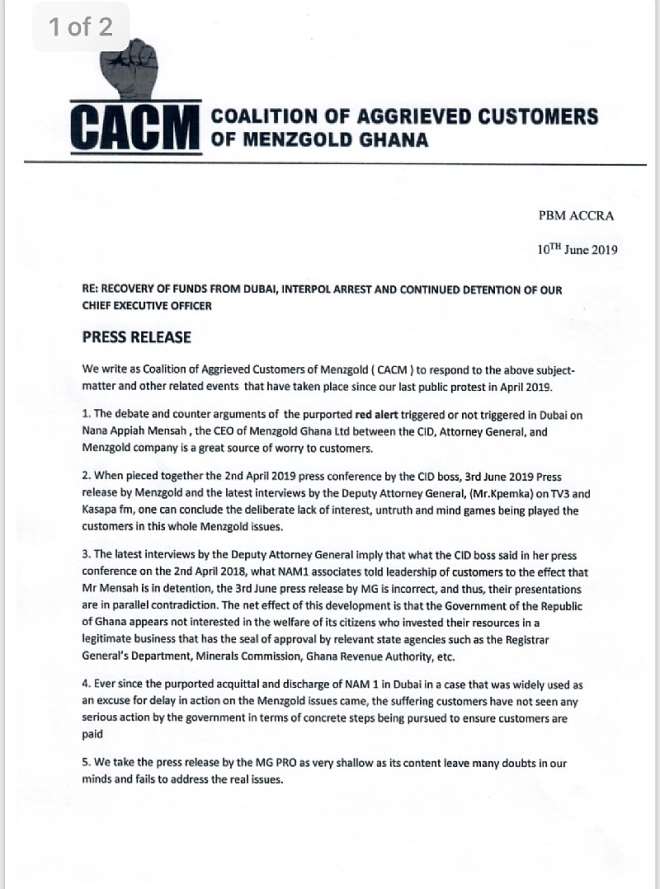