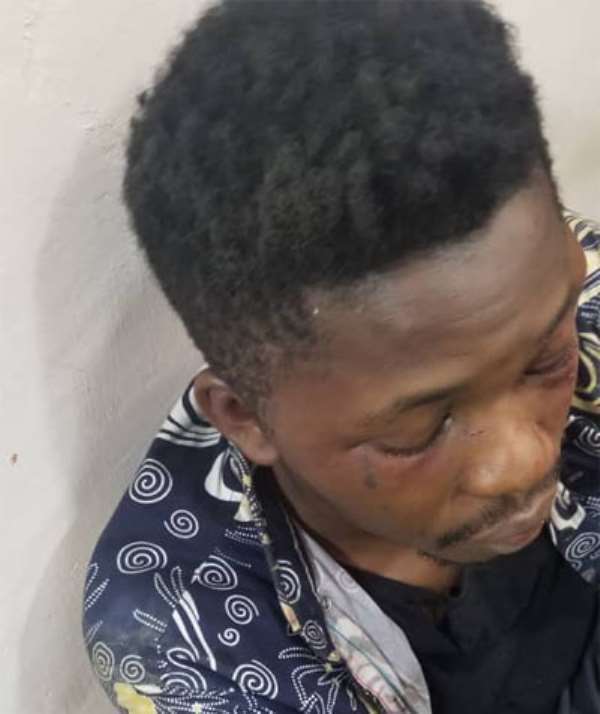 DGN Online is also informed that the ringleader of the Nigerians involved in the kidnapping, Aghaor Sampson, has since been arrested.

In April 2019, police sources revealed that three unidentified men onboard an unregistered Toyota Salon vehicle at gunpoint forced the victim who was driving a black, Mazda CX-7 with registration number AS 5442-17, into their vehicle at Ahodwo Kumasi and sped off.

They had reportedly called his relation, Tamil Kumar, who is a businessman, demanding a $500,000 ransom for his release warning him not to involve the police and sent images of a gun pointed at him with his hands tied to his back.

In all, four out of 14 suspected kidnappers of the two Canadian Women are believed to be Nigerians.

The Canadian women have been rescued by an all Ghanaian security operative, DGN Online is informed.

According to information gathered by DGN Online, there was exchange of gun fire between the kidnappers and the Ghanaian security operatives.

Two Nigerians have already been linked to the kidnappings of the three Takoradi girls who are still in captivity.

One of the two kidnappers of the Takoradi girls, have since been jailed for jail break.

According to the Information Minister’s statement, “National Security Operatives in the early hours of Wednesday 12 June, 2019

completed an operation which successfully rescued the two (2) Canadian women recently abducted in the Ashanti Region.”

It said “details of the operation and ongoing efforts to ensure that similar incidents are successfully resolved will be made available in a subsequent press briefing scheduled for 15:00 hours today.”

“Government continues to encourage the media and commentators to be

circumspect in public commentary on security matters in order not to compromise other related operations.”

Citizens and travellers are once again assured that Ghana remains safe, it said.

Lauren Patricia Catherine Tilley, 19, and Bailey Jordan Chitty, 20, both students working as volunteers in Ghana for an international development organisation, Youth Challenge International, were allegedly abducted recently and taken to unknown destination by some gun-wielding men.

The captors had ambushed the young women on a driveway at Ahodwo-Nhyiaeso near the Royal Gulf Club in Kumasi, whilst returning from a food joint in an Uber car.

They were bundled into a Toyota Camry saloon car and whisked away after stepping out of the car to go to their hostel at the Silver Spring avenue.

That prompted the Canadian Government to swiftly issue a travel advice for its citizens traveling to Ghana, warning of “violent crimes” in the West African nation.