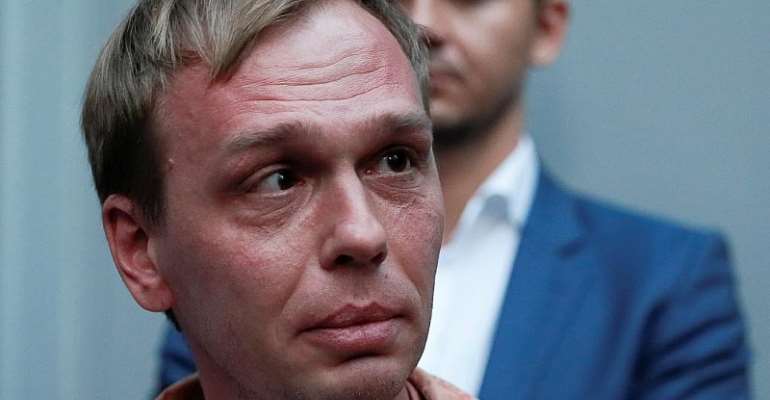 More than 100 people were detained in Moscow on Wednesday during an unsanctioned march through the city centre to protest against corruption in law enforcement agencies, the OVD Info monitor said.

"Ninety four people have already been detained in Moscow," the monitor said.

The demonstration was initially called to press for the freedom of the investigative journalist Ivan Golunov.

The 36-year-old was arrested on 6 June over alleged drugs offences. However he was released on Tuesday.

Many at the march on Wednesday called for reforms of Russia's tainted law enforcement agencies and the release from prison of many victims of police abuse.

On the eve of the march Russian authorities said the protest could interfere with festivities for the public holiday, Russia Day.