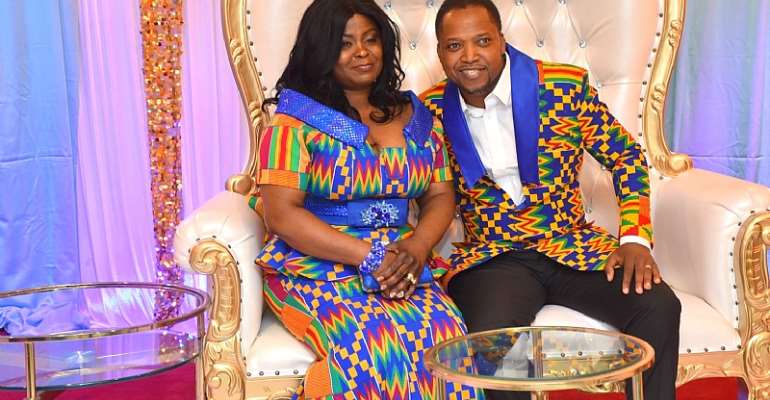 Mr. CNN, the CEO of 3G Media, a US-based Media/Showbiz entity has lately been dubbed "The Don" in recognition of his ever-widening entertainment management empire.

The title he loves most and celebrated was "Mr Humility."

All seats were taken at the Grand American Ballroom, Bronx, NY with several in the street threatening a police presence. In attendance were leaders in showbiz, business, community, church, and politics.

Most importantly Mr. CNN's wife, Rosemond and their three daughters; Kendra, Emmanuella, and Angel did not miss celebrating daddy's mighty 50th. The Chairman of the occasion was Mr. Kofi Twumasi.

Mr. CNN gives thanks to his family for their support through the years and many trials.

He most assuredly is grateful to the Lord for pulling him through those moments of tribulations that have included health crises. Through it all, the Lord has given him the strength to make the New York City-Philadelphia treks to cover many events and support many a community event and people.

He has done these visits to New York so often that most believe he resides in New York City and not Philadelphia.

The celebrant and his guests danced deep into the early morning and spared no food nor drink. All had fun and applauded Mr. CNN dropping to kiss the floor in appreciation to God, family, and friends. He expresses his thanks to all who were able to celebrate with him and sent well wishes.

He is grateful to the media houses who were present namely, BAK TV, Adinkra TV, HRE TV, and Highlife Radio.

W/R: Five wounded after residents of Ampatano and Kamfakrom ...
21 minutes ago