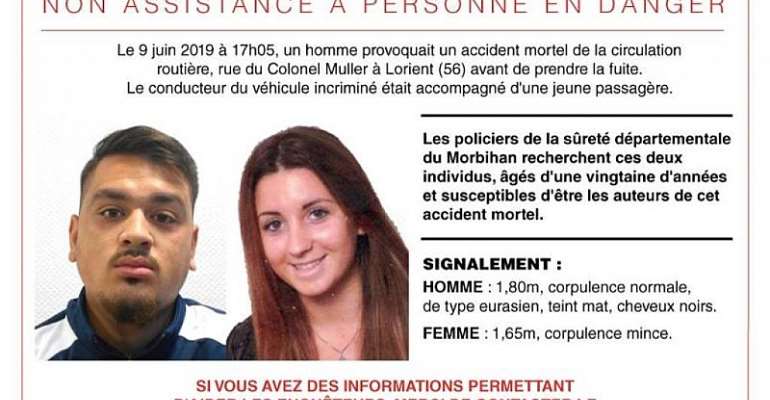 French police are looking for a man, aged 20, who hit two children in Lorient on Sunday in Brittany, killing a 10-year-old child and putting his cousin, aged seven, in the hospital.

Police have called for witnesses to come forward to find the man, who is driving without a licence, and his passenger in the car, a 21-year-old woman.

The driver refused to stop when police ordered the car to stop on the street near Lorient. Police said that the vehicle was speeding and driving in a bus lane before it hit a car while going through a roundabout. The two children were on the sidewalk when they were hit by the car.

The hit-and-run occurred near the Turkish cultural association, where some 30 people gathered to pray. Both children are of Turkish origin.

"There must be a quick arrest or surrender, because what has happened since the accident is unacceptable," said association spokesman Ahmet Makas.

"This is an event that goes beyond the Turkish community we've seen such solidarity over the past two days," said Makas.

The cousin is still in critical condition in Brest University Hospital.